Home » Blog » hardware » The Case – Not So Early Days
In the last piece on the case, The Case – Very Early Days it went from a sketch to a render. Of course the render didn’t really show what was going on inside and that has just as much import as how the thing looks externally. We have all seen the renders that went along with the Kickstarter. Well actually we weren’t allowed to use most of those directly as it broke the Kickstarter terms. We saw a render on a screen which indicated that it was not yet a physical product. Another render showed the product in a transparent way. 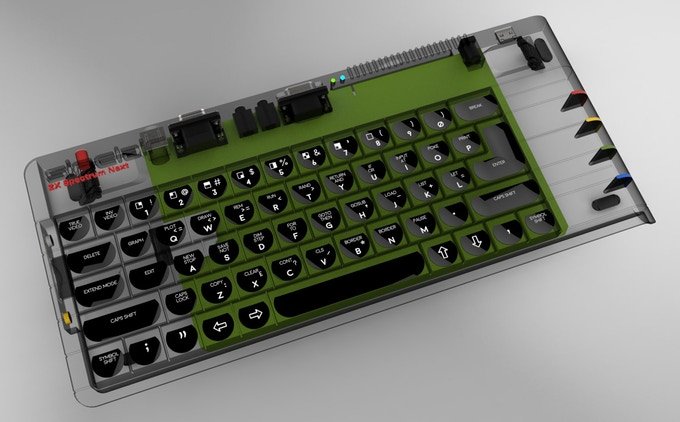 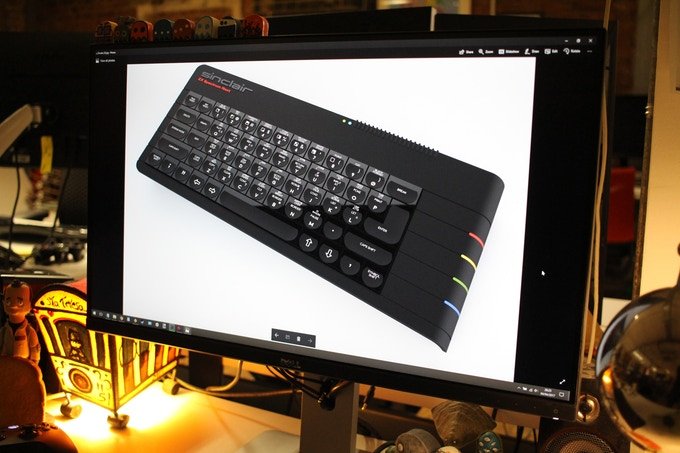 The case was effectively dependent on the board in terms of its dimensions and the components and their various heights, lengths and widths. The Issue 2 board which used a single PCB with a snap off section for the daughterboard was originally proposed. It soon became apparent however that the daughterboard needed to sit at a different elevation to the main board as otherwise the three buttons and SD card slot would not align well to the case.
Rick and Phil would define specific “Keep Out” areas of the PCB where case structures would fit such as support posts so as not to interfere with via’s and other components. Any changes to the PCB could necessitate changes to the case. This could be a significant change such as a VGA port moving 0.5mm requiring rework of the CAD, or no change at all in the case of something which did not directly affect the case but needed to be evaluated to ensure that a repositioning or change of component would not interfere with the case internals. A single change could require significant amounts of rework (such as moving the Raspberry Pi Zero from the front to the back).
This process continued for months with a back and forth between Rick’s team and Victor Trucco. 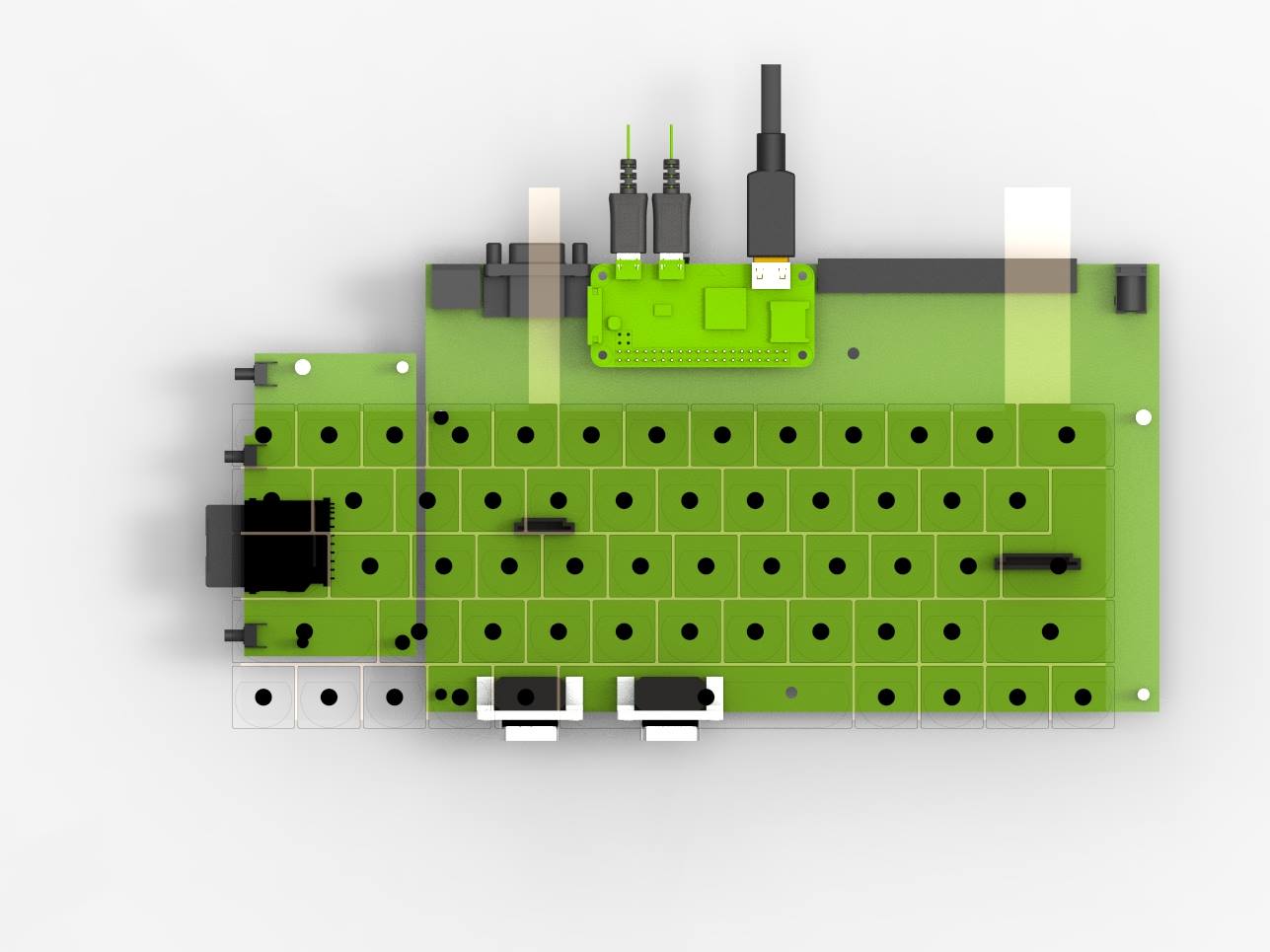 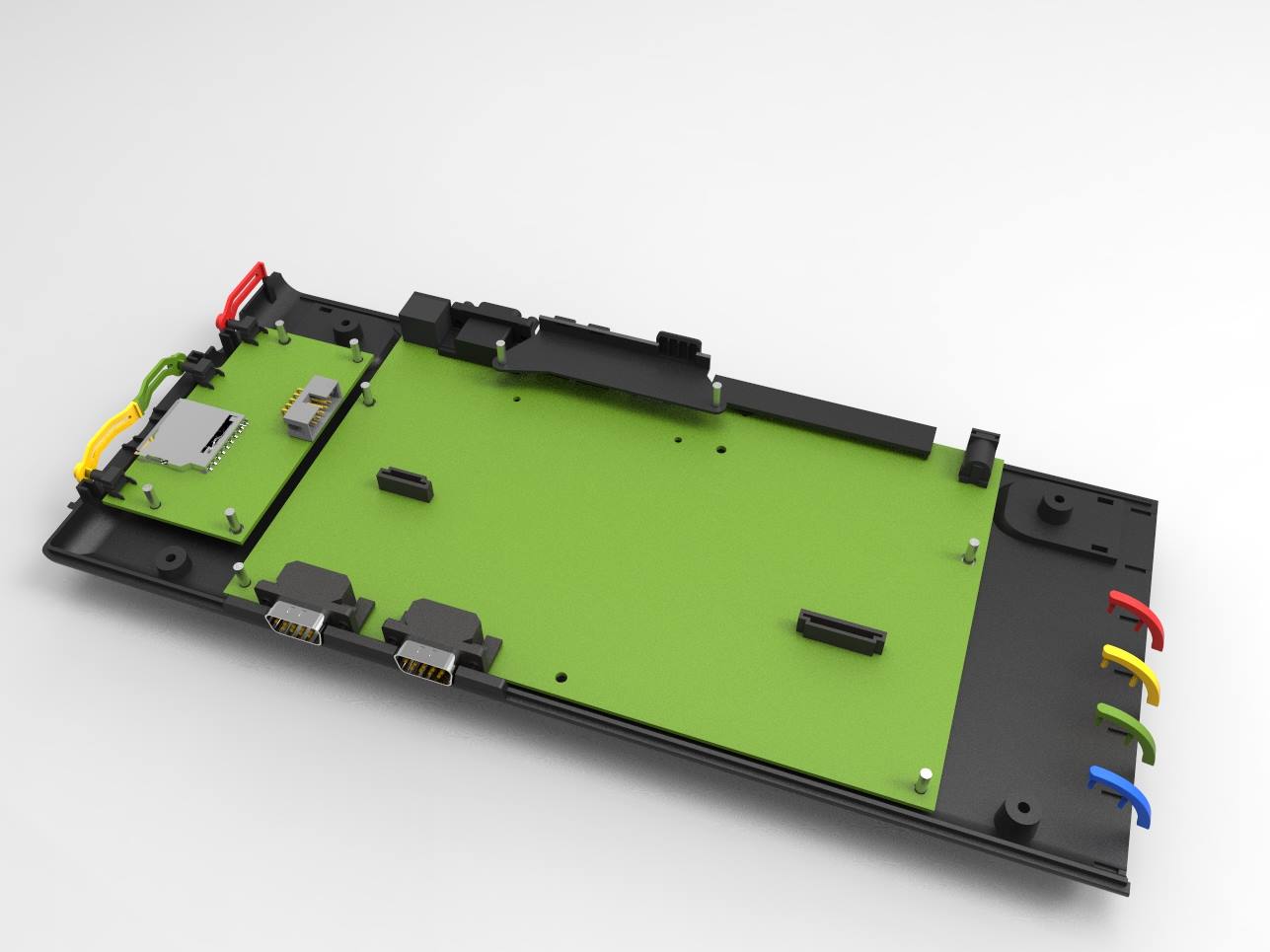 The end result yielded a very nice looking exploded view of the ZX Spectrum Next. 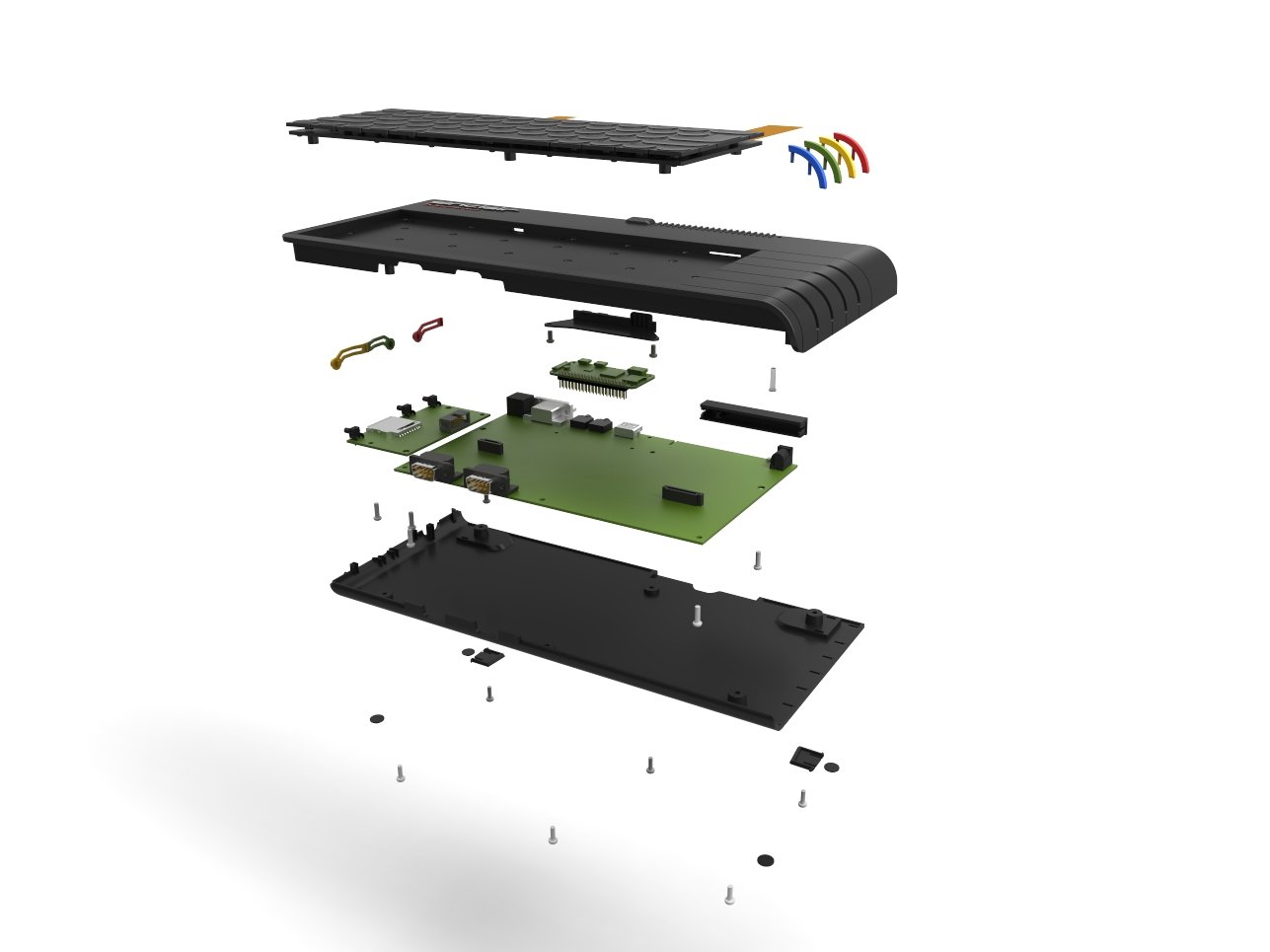 The next stage was to create an SLA model of the computer in order to get a better feel for its physical properties and to hold it for the first time. As you can see this particular SLA model also modelled the boards but with only a few major components included. 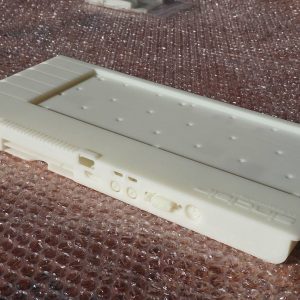 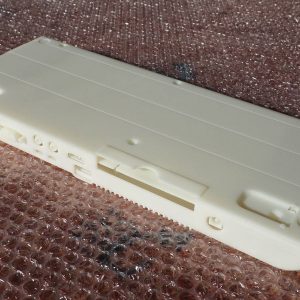 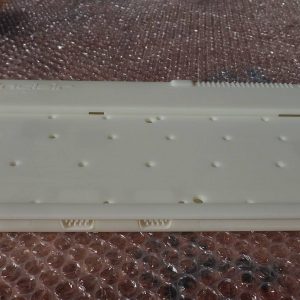 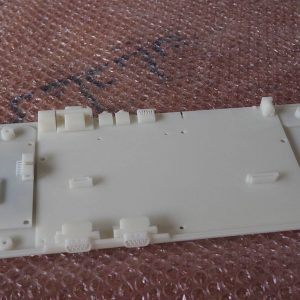 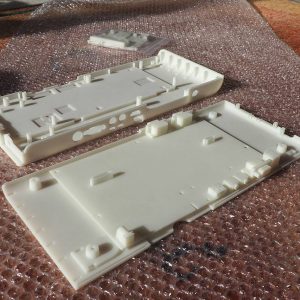 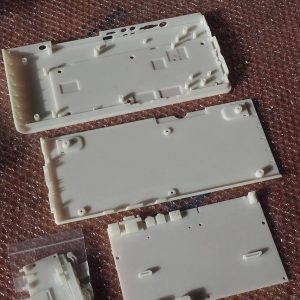 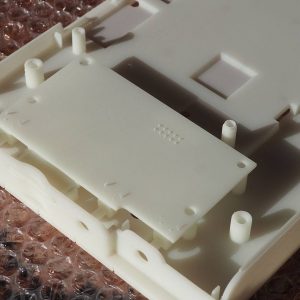 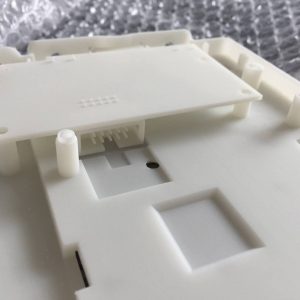 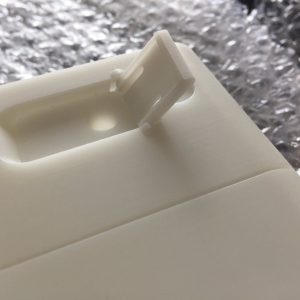 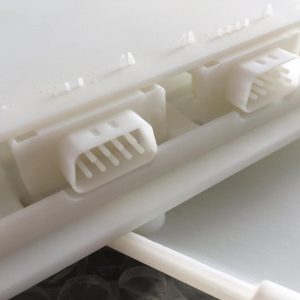 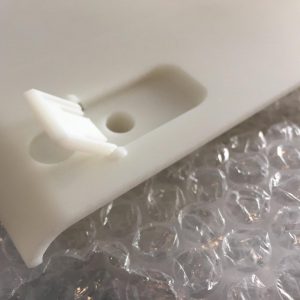 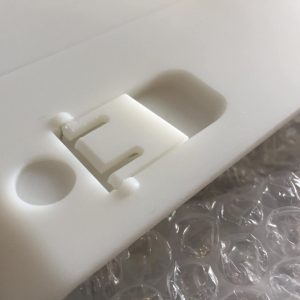 Here is the SLA case with Rick’s own Issue 1 ZX Spectrum board sitting proudly on top. 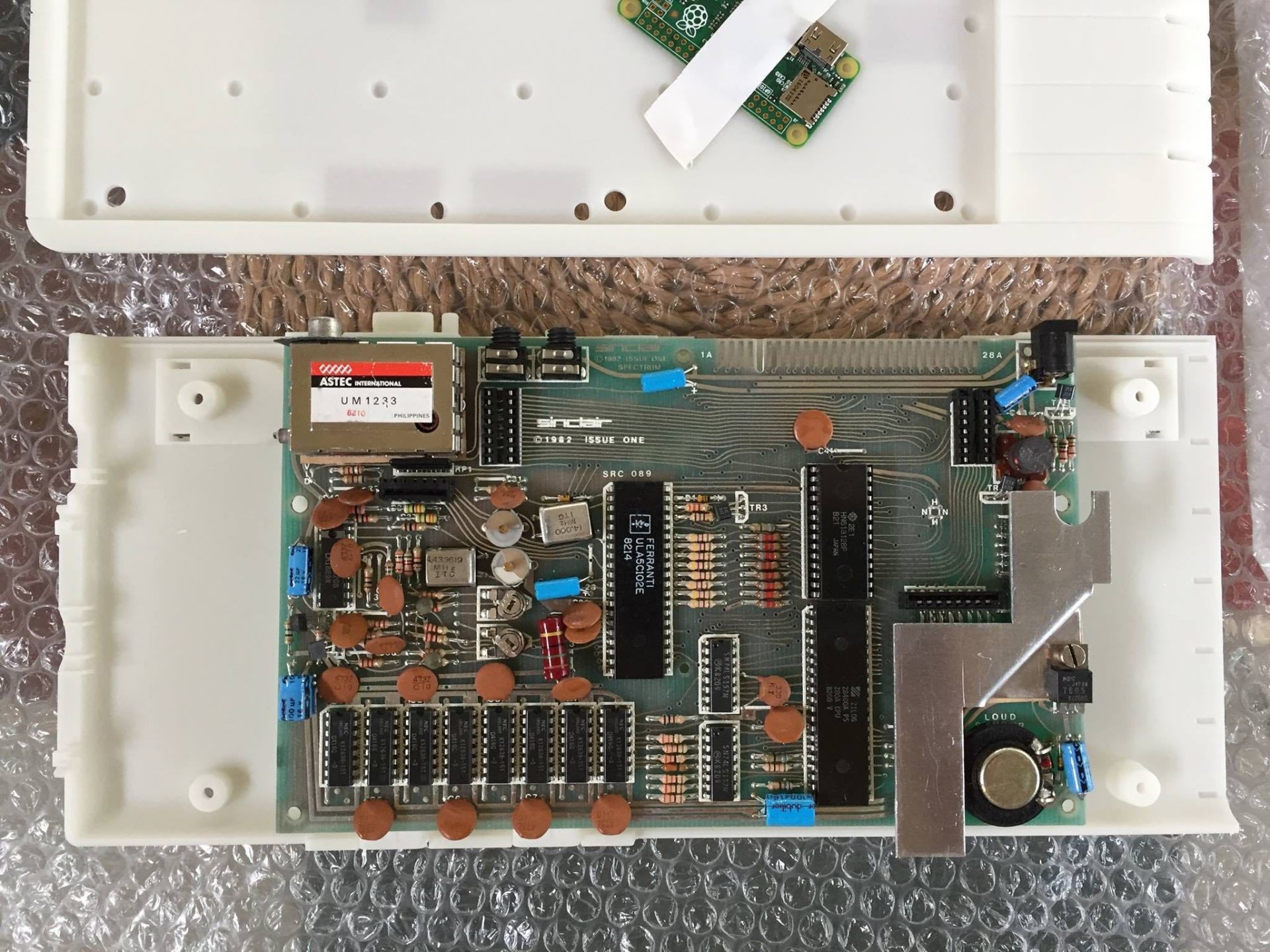 In September 2017, the plastics were on the move and a meeting was organised the next month at SMS for all key players involved in the project. As with all meetings, a large number of actions and responses were generated. Yes I have no idea what Poki Yoki is.

As part of the process, the plastics company produces DFM reports (Design for Manufacturability). These show how the tools are intended to be constructed in terms of part lines, ejector positions, feed gates etc. 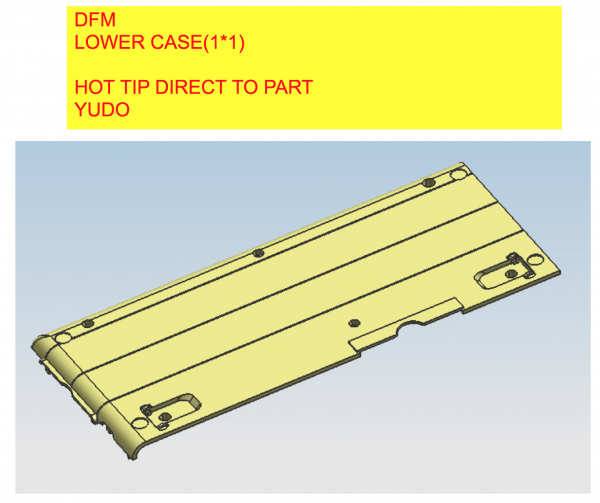 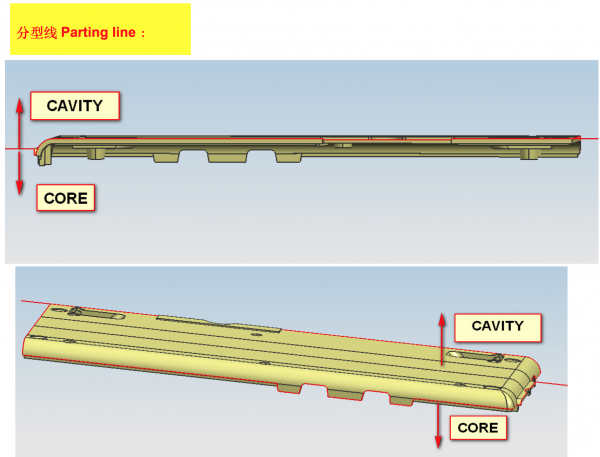 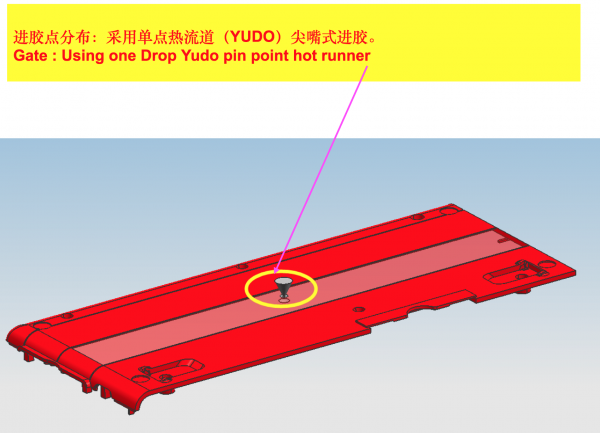 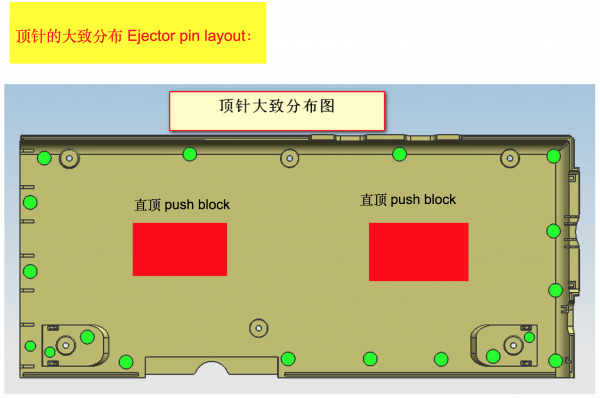 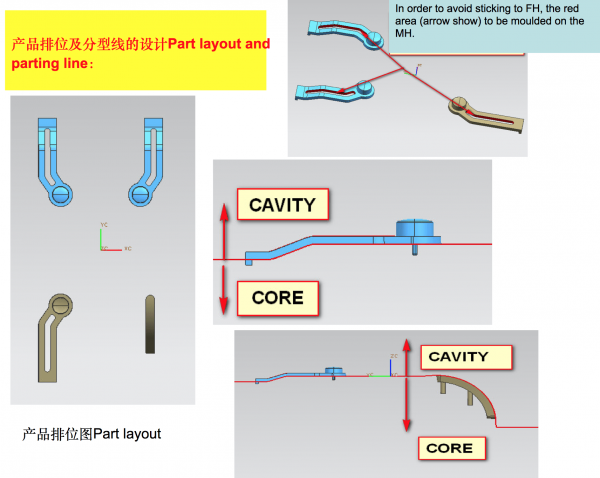 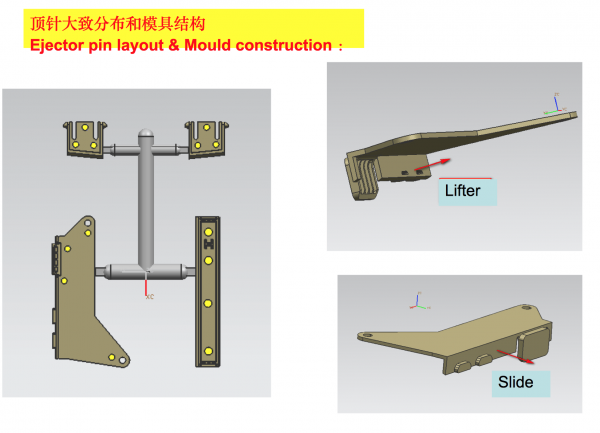 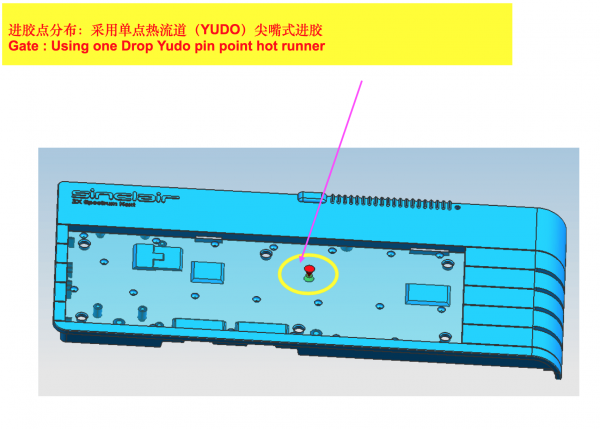 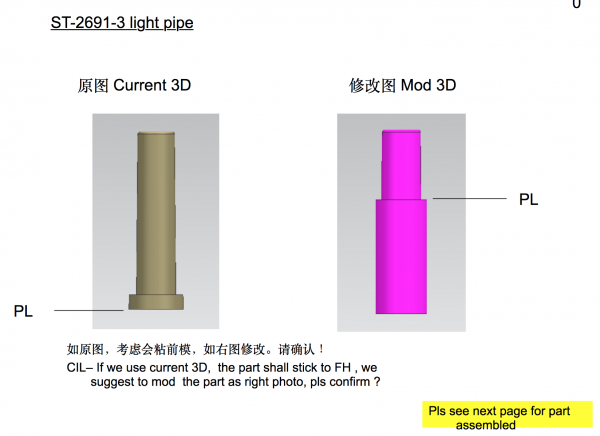 Everything was proceeding as planned when in March 2018 we received notice that our plastics partner “have decided to remove themselves as the plastic partner for this project”. This was a major blow as now we would have to find a new partner and bring them up to speed. Bearing in mind that they had been involved from a very early stage, had attended numerous meetings and had completed the above DFM items. We were ready to press the button on the mould creation!

Previous: The Art of the Box
Next: Rectangular Blue Things