Home » Blog » hardware » The Art of the Box
In July 2017, a teaser image of the box artwork was posted on Facebook. Alfredo Tato (aka Juan Moreira as per the image legend) was the man responsible. 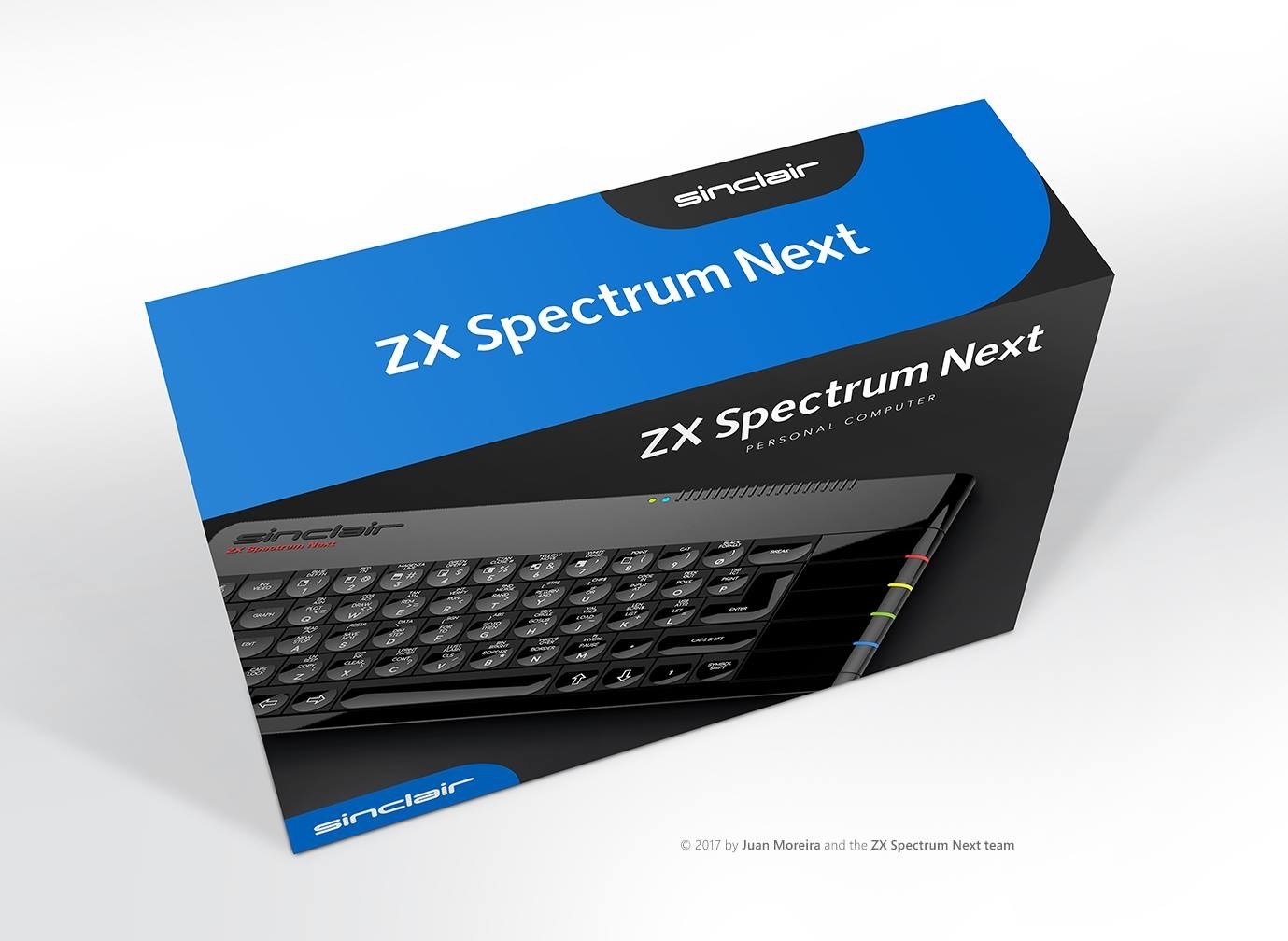 This original concept was pretty much representative of the final version

Henrique had a mental image for the reverse of the box which would rely on displaying screenshots from ZX Spectrum Next games. There was a distinct lack of them at the time although several were in development. What was to be shown on the box needed to be as representative as possible to a finished game. Of course we’re not selling the product based on screen shots so there is no issue if a game deviates somewhat in the final mix.
It took around six months of pestering (obviously people are mostly doing this in their spare time) and to obtain the necessary screenshots, the games had to be developed up to a certain point.
Whilst Alfredo got on with adjustments to the artwork (based on the correct dimensions that we had established on the previous page), many Messenger and email conversations took place. Some titles were a lot easier than others. Some ran in the emulators of the time and as such an original Spectrum resolution uncompressed screenshot (essential for this process) could be achieved. Others like Dreamworld Pogie could not be screenshot in this way and so in this case the individual assets needed to be combined in Photoshop in a way that would represent exactly what a gameplay screen would look like.
Eight were collected in the end, although given the time that has now passed, more would have been available if we had waited, but who knew?.
Not a bad bunch considering only one of them was a finished game! There is a wide range of capabilities in use here, from “minimalistic” in terms of the use of the ZX Spectrum Next’s new hardware features, to full blown insanity. Of course the future will see things we didn’t know were possible now. 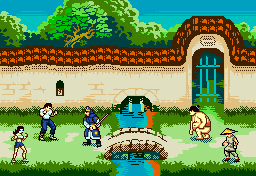 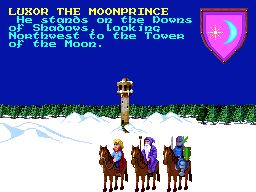 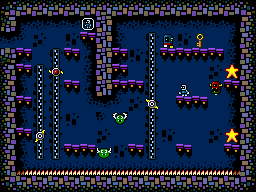 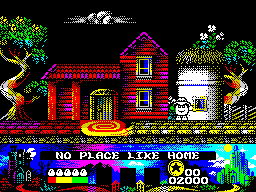 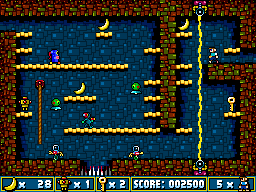 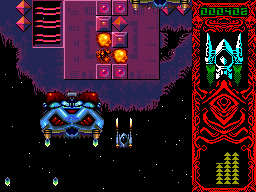 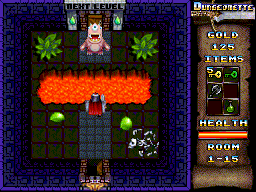 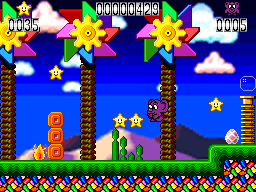 There were many iterations of the box artwork done, I don’t know how many as only Alfredo knows that. The first thing we needed to fix was the central asset, the ZX Spectrum Next itself. We didn’t have a real one to photograph and so we would need an updated render at a much higher resolution than had been produced previously by Phil Candy. 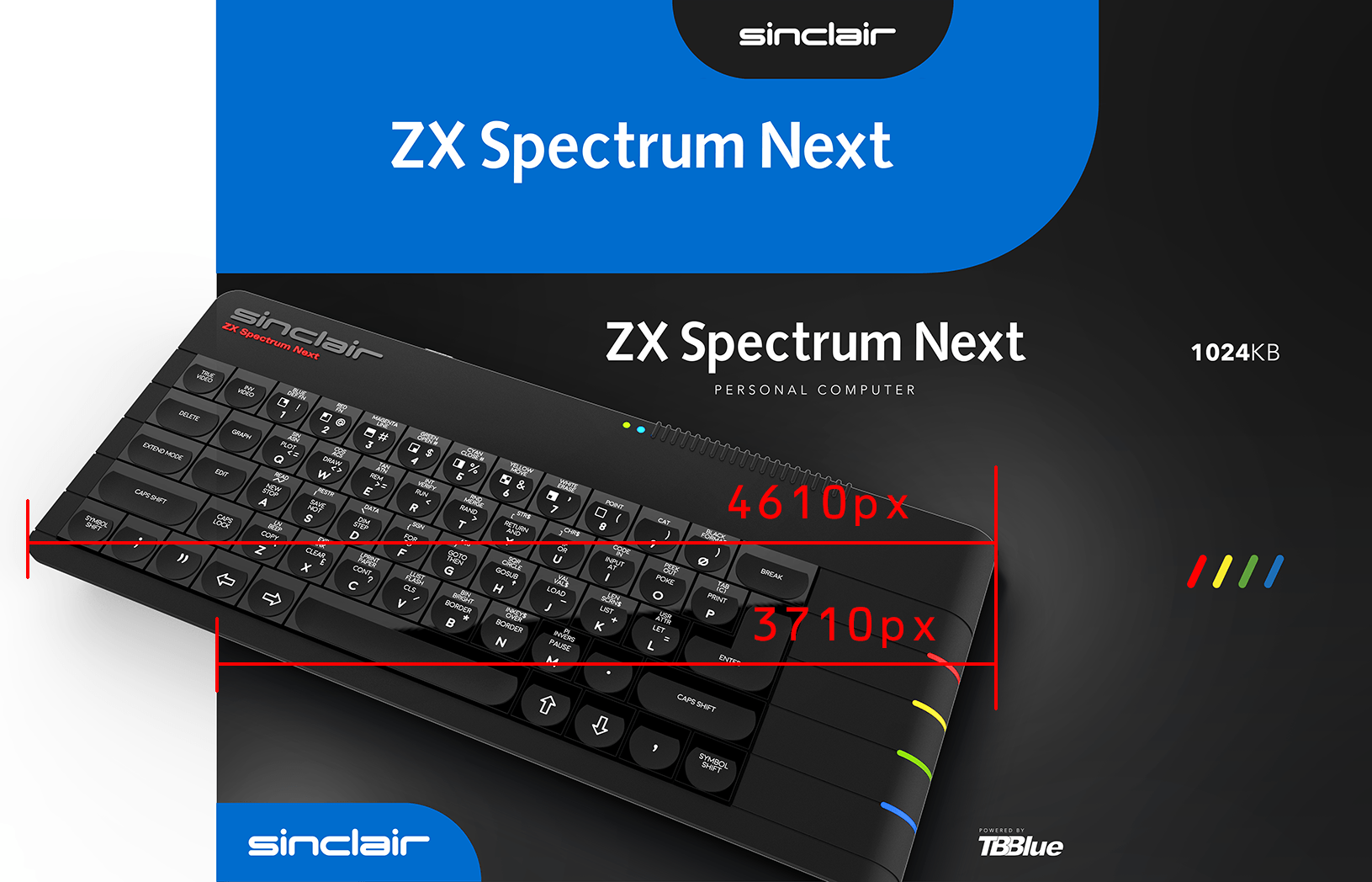 This is the resolution that Alfredo needed. Note that the memory has been updated to 1024KB in line with the Kickstarter stretch goal

We also needed to decide on the lighting set up for the render and so Phil produced a number of renders with different light placements and Alfredo selected his preferred lighting model.

This was the final selection, the original image rendered at an appealing 7680 x 6144 pixels. 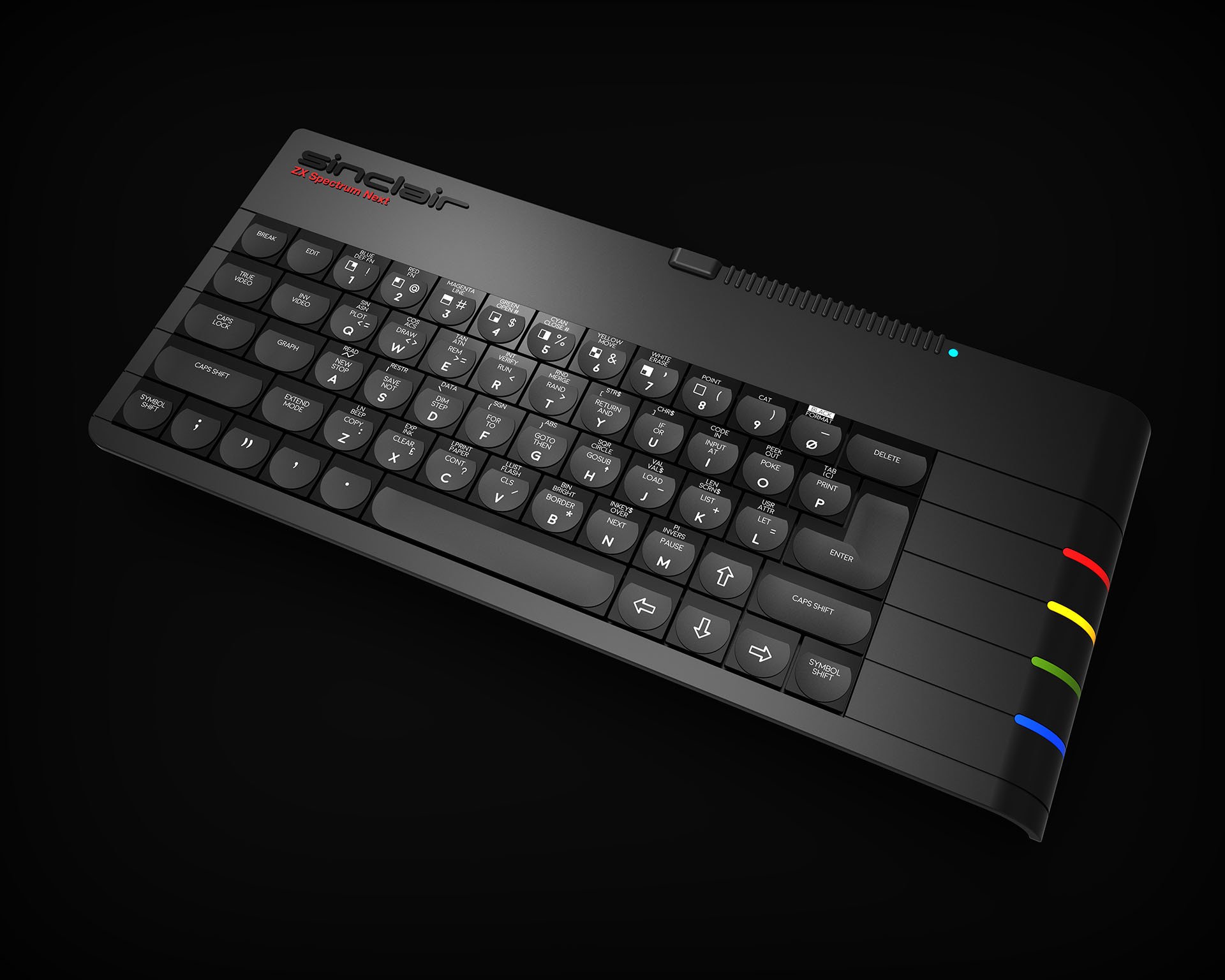 Work also continued on the reverse of the box, combining the screenshots and coming up with the text for the back. The text went through numerous versions. Some were too verbose or technical, there are a bunch of ways to write Wifi, Wi-fi, Wi-Fi and so on. Over and over again it was revised. 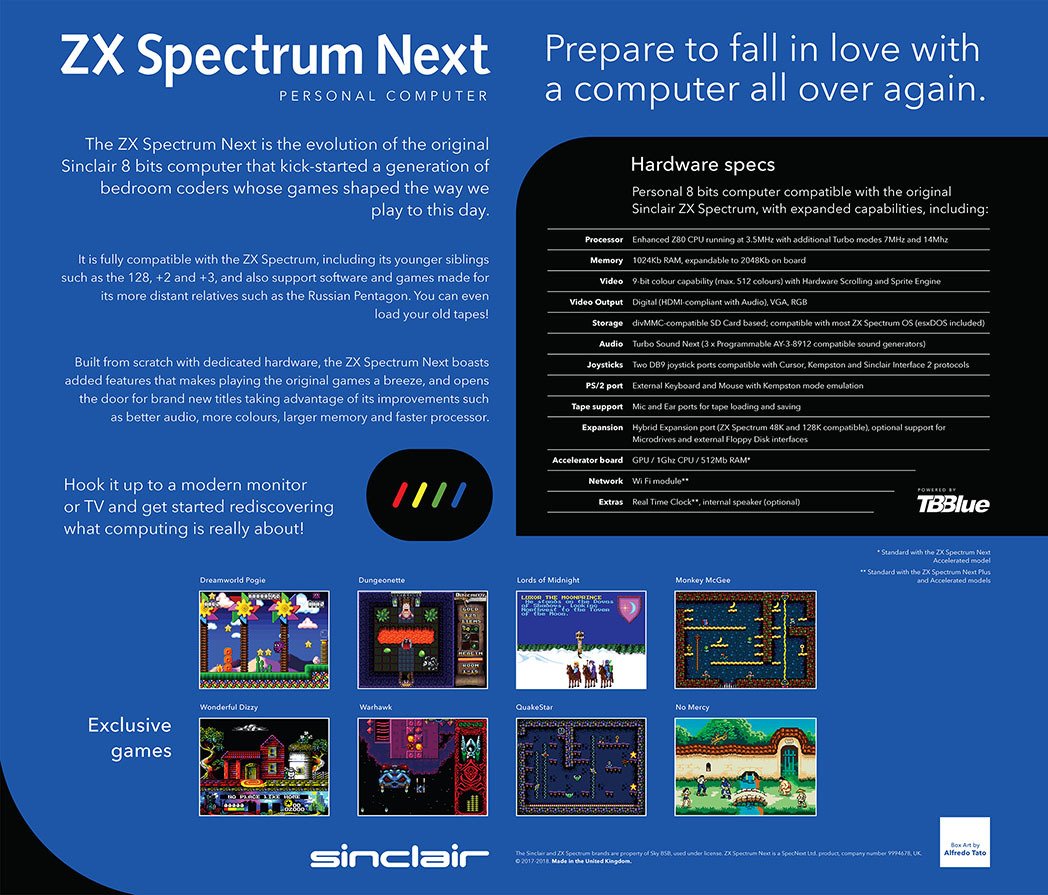 This isn’t the final version

Eventually after more revisions, everyone was happy with the artwork and the wording and it was time to put it into production. Not before Alfredo suggested adding a UV layer to some elements to help them shine and pop. The additional cost was tiny and still within the box production budget. So the artwork was sent over and work began producing a product we could look at and hold. These initial few were hand made. 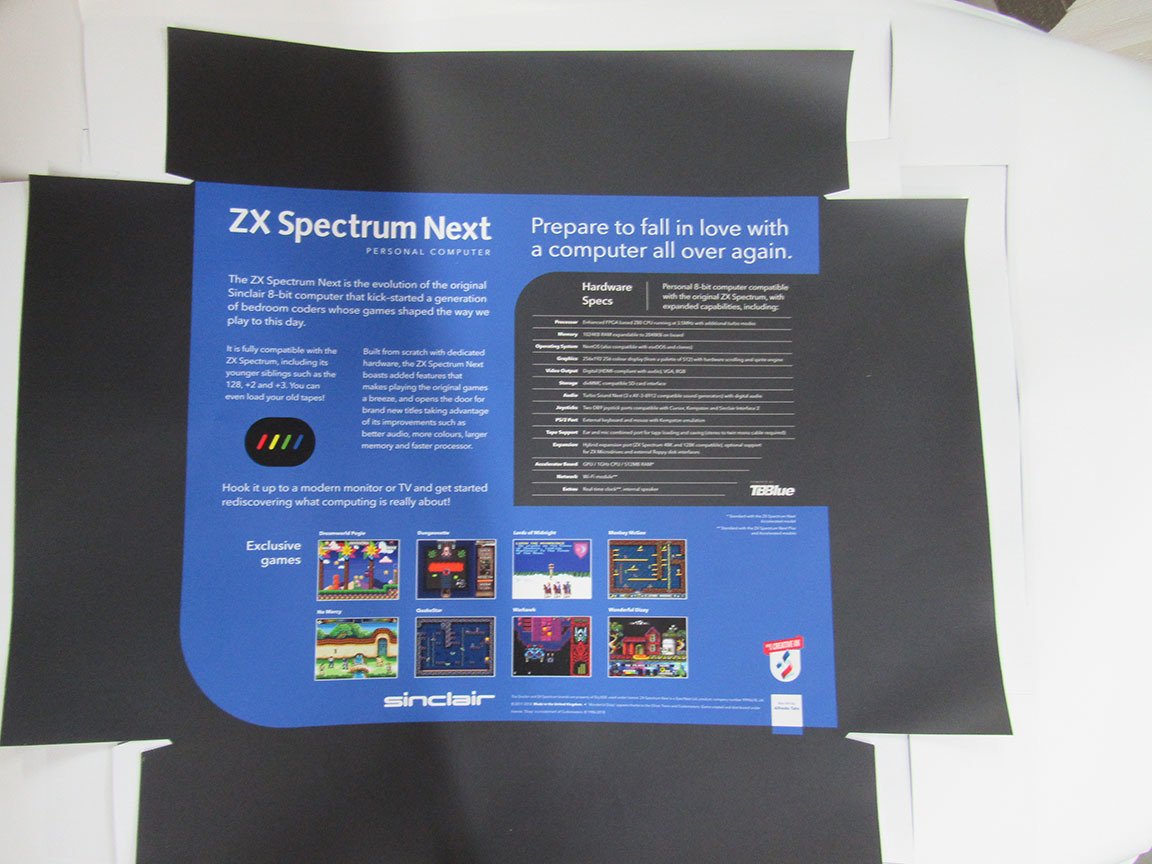 Don’t worry, it looks great in the flesh, this image is poor quality 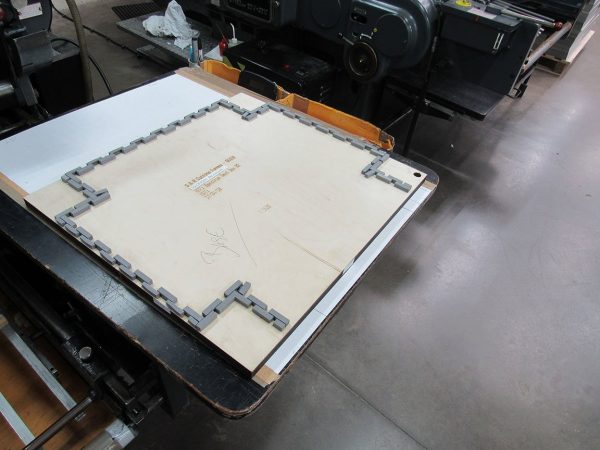 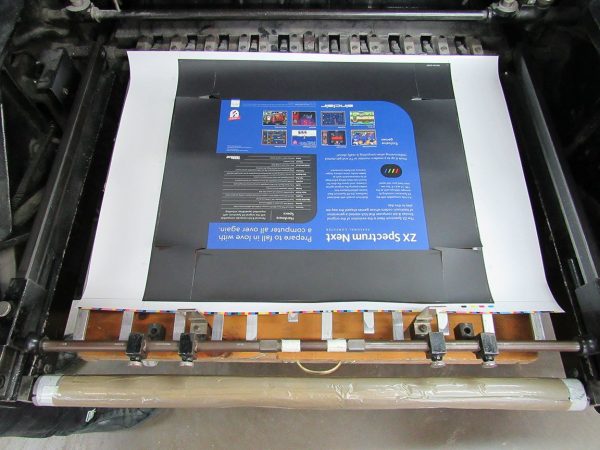 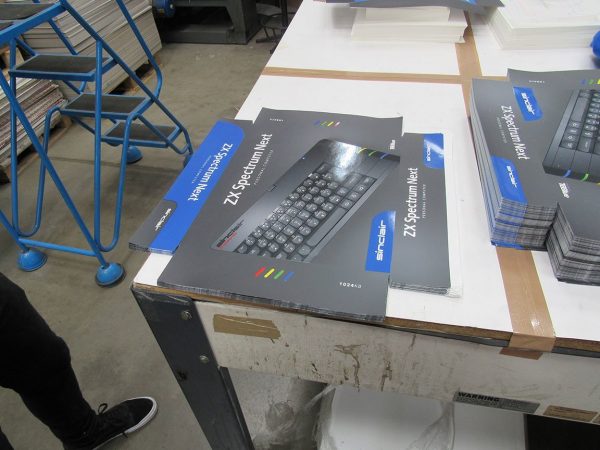 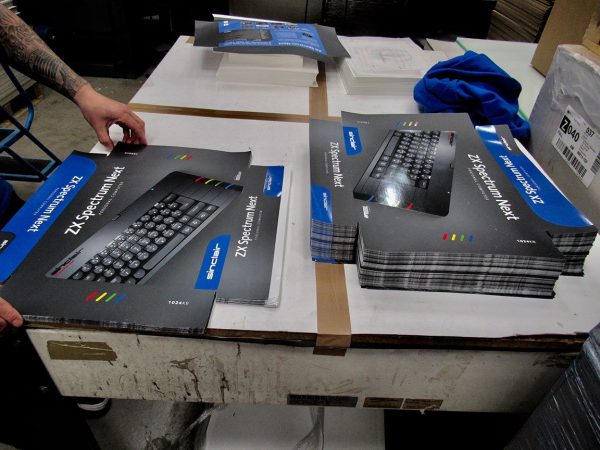 And hey presto, we have a box with artwork! 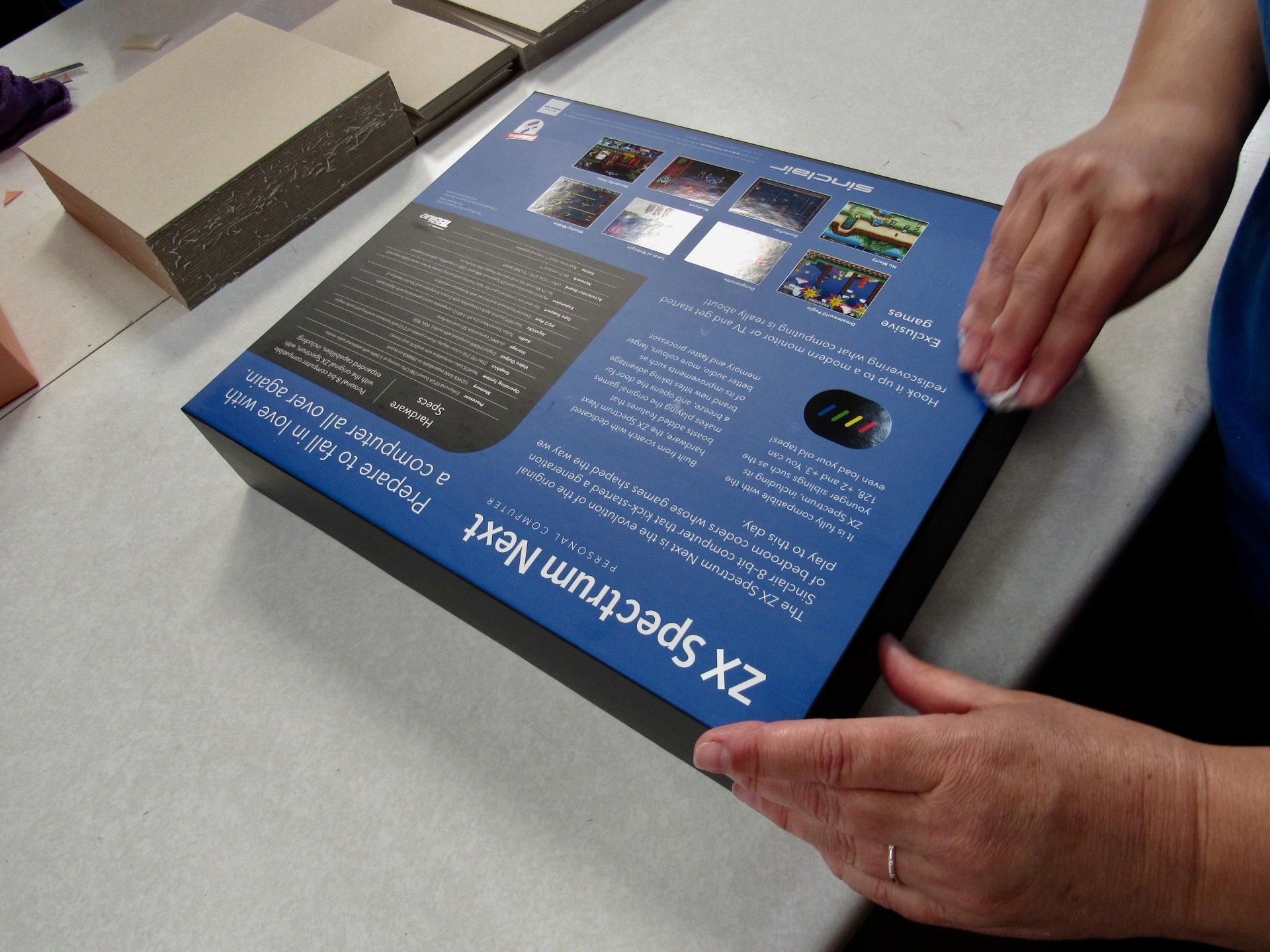 Previous: Melkhior’s Mansion – Project Update #6
Next: The Case – Not So Early Days