Home » Blog » hardware » The Case – Very Early Days
Long long before the Kickstarter happened, Victor Trucco approached Henrique Olifiers. The idea was how to get a his and Fabio’s creation into the hands of UK buyers? Henrique had an additional idea. Why not make a fully licensed computer?
Get permission for the use of the Sinclair brand and software (ROMs) and get Rick Dickinson to design it. Sounds crazy right?
Of course permission was obtained and of course Rick was delighted to be working on a new Sinclair computer.
The design process went through a number of stages, from quick scribbles on notepads, to more refined drawings (still on notepads) and then to the CAD rendering stage. Rick and his industrial design partner Phil Candy worked together to flesh out what made a Sinclair computer, and how many of the old elements were to be preserved and how it would also get a next generation look.

The following quick scribbles we done as an initial guide back in February 2016. Here we can also see his desire to replace the original Sinclair logo with a more rounded one. Something he had discussed with Clive Sinclair back in the day but Clive felt it wasn’t the right time. 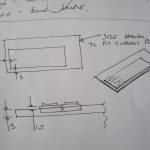 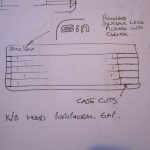 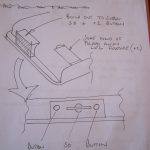 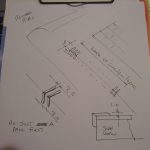 In order to better realise these initial drawings, higher quality drawings were made and assessed, a back and forth then ensued between Rick and Phil. 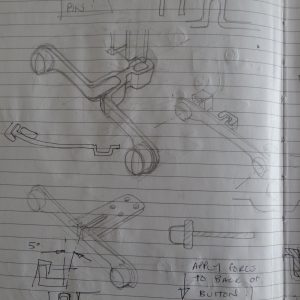 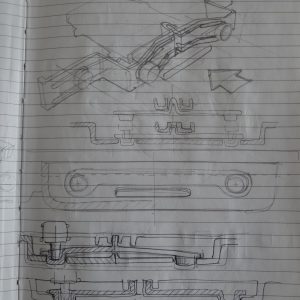 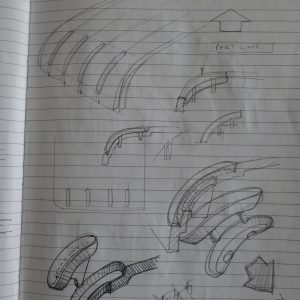 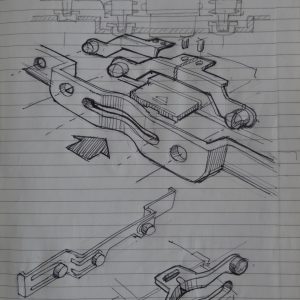 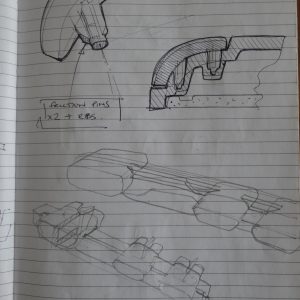 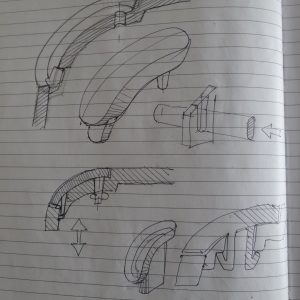 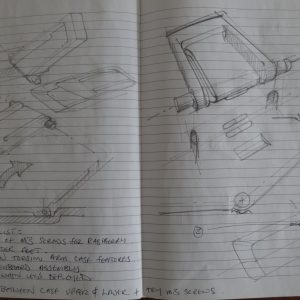 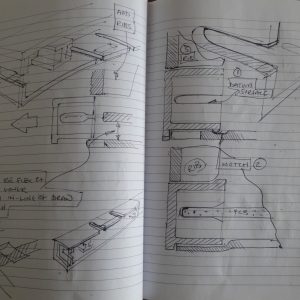 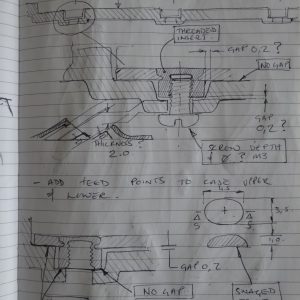 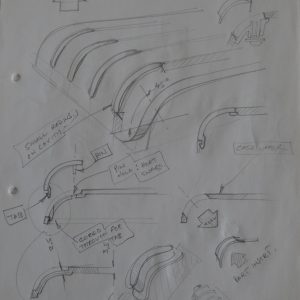 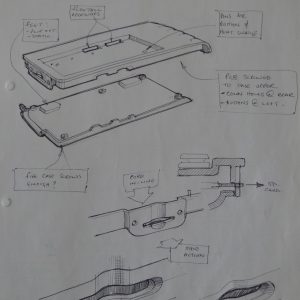 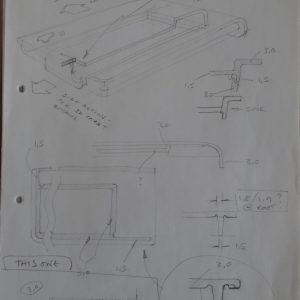 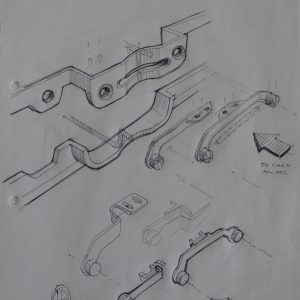 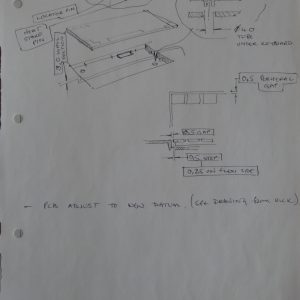 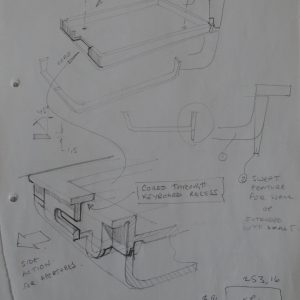 A number of different designs were created in CAD form over time, some familiar and others not so. 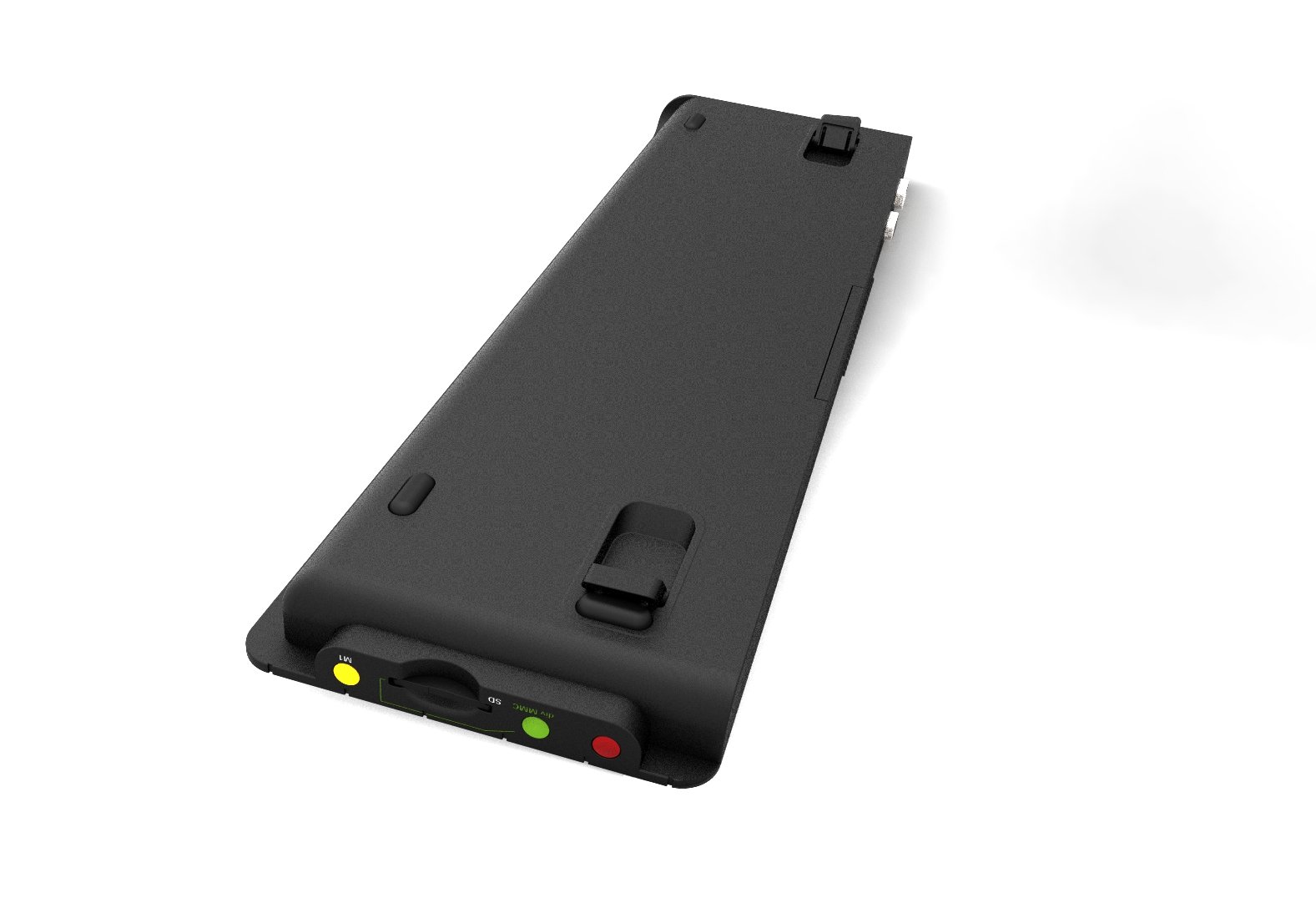 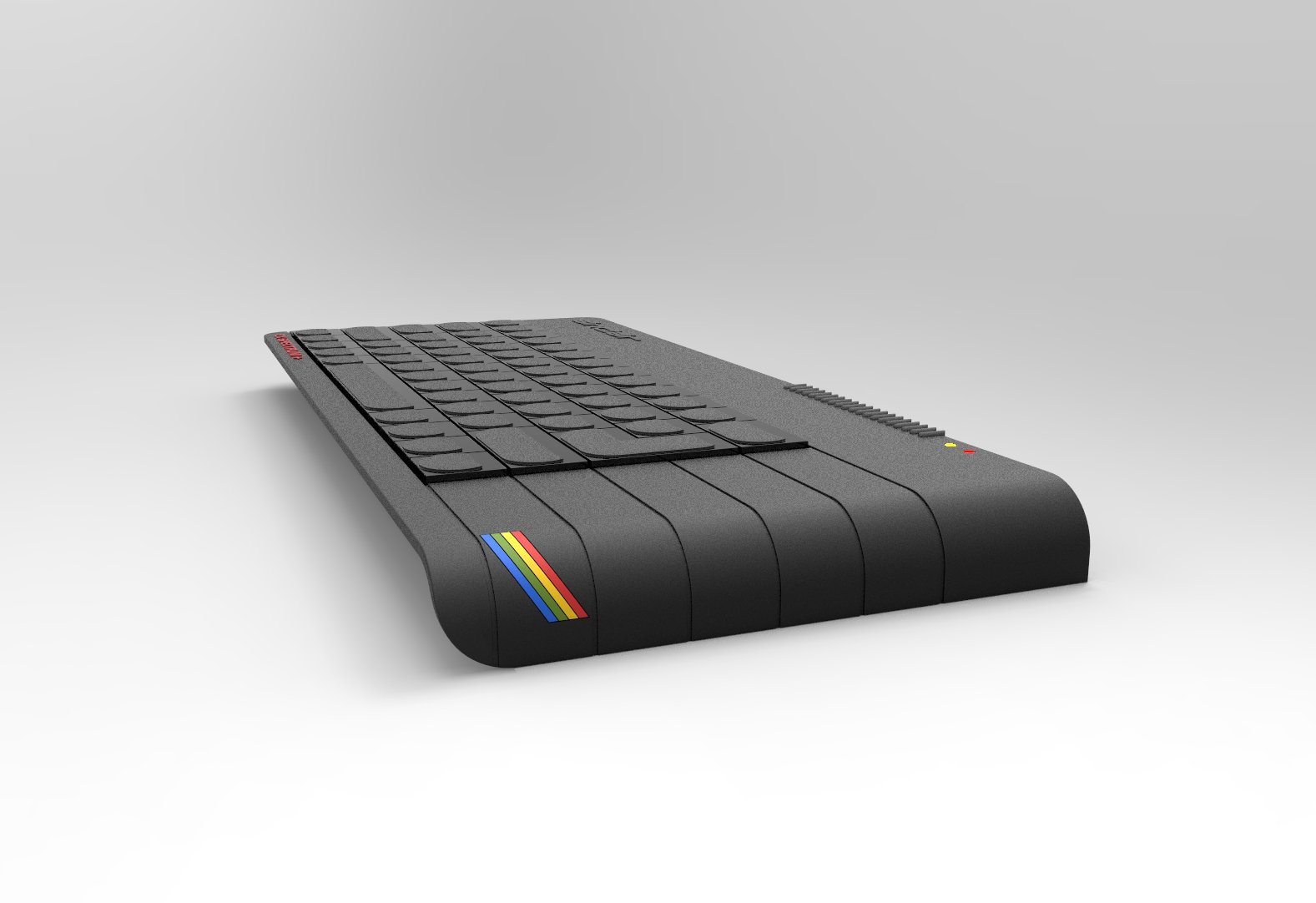 The one was referred to as the Spectrum Plus Wedge 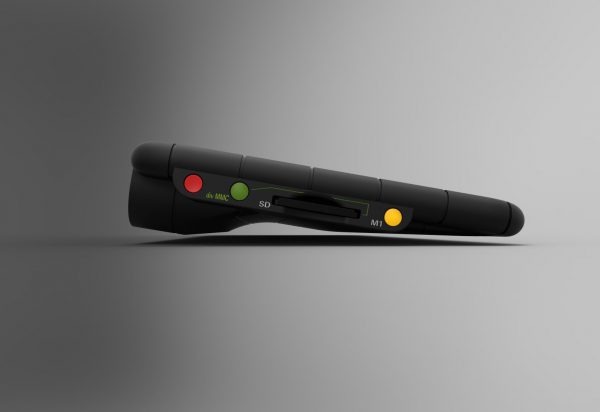 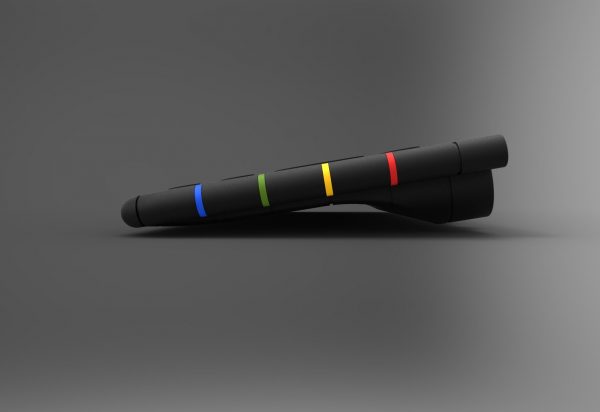 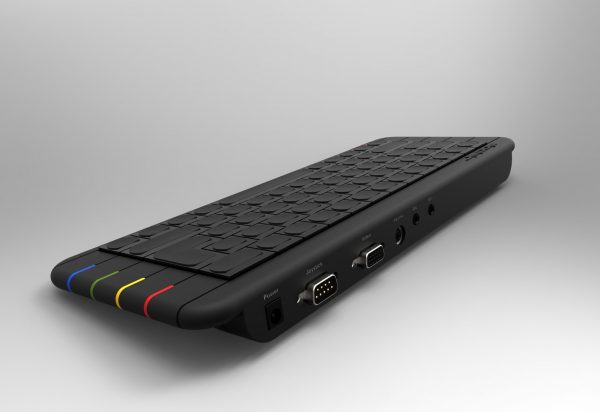 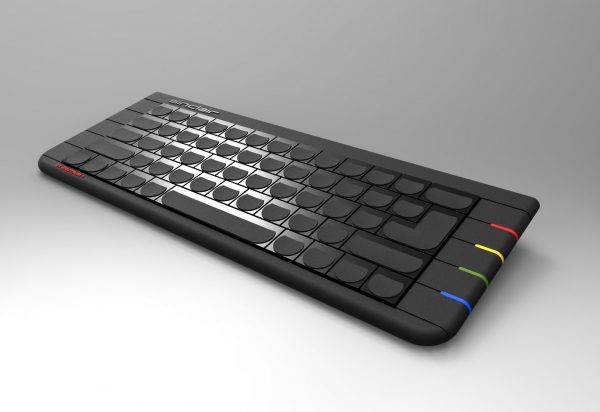 Versions both large and small were evaluated. 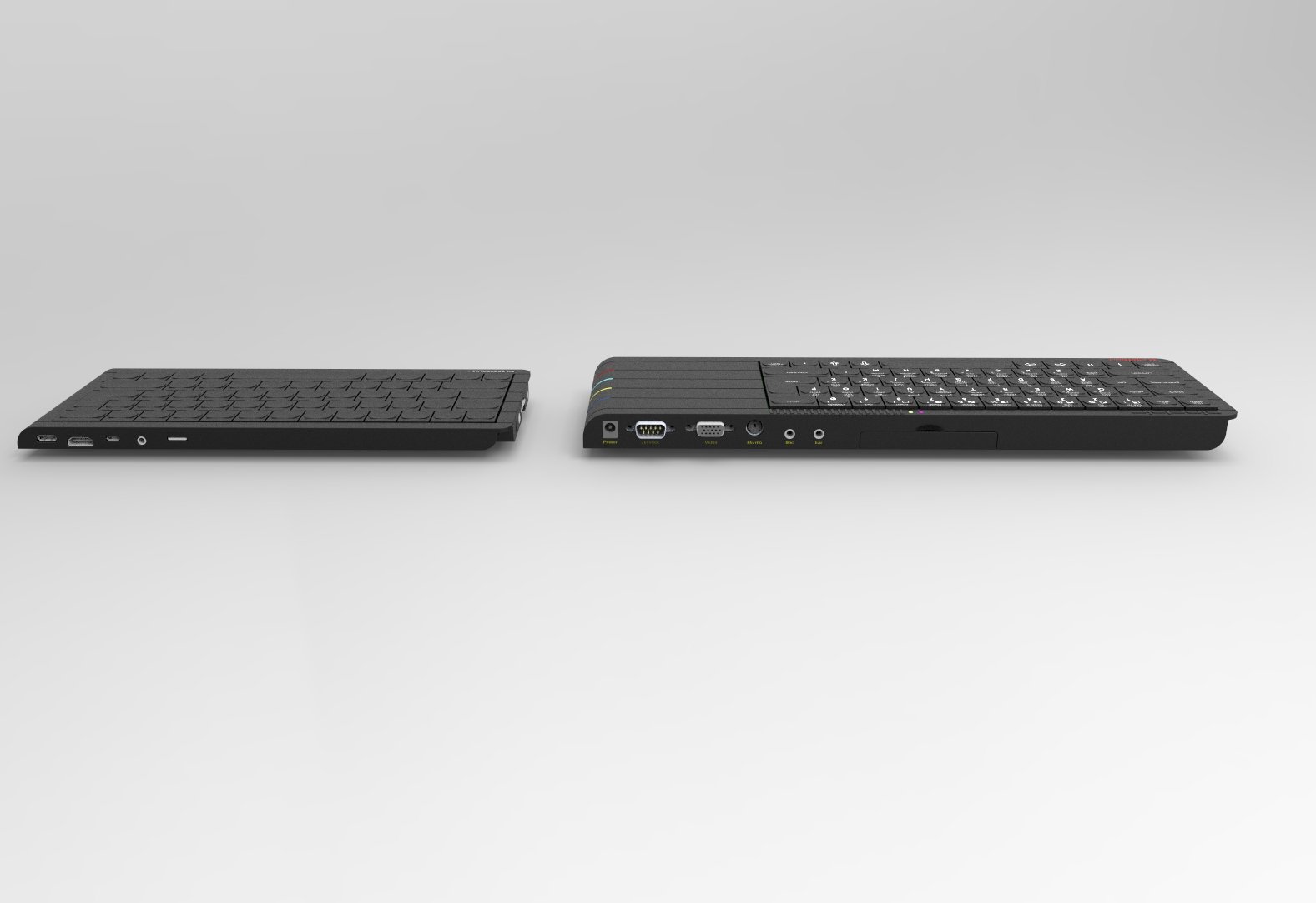 Finally it was whittled down to three possible designs. Interestingly everyone involved favoured the same one. Can you guess? 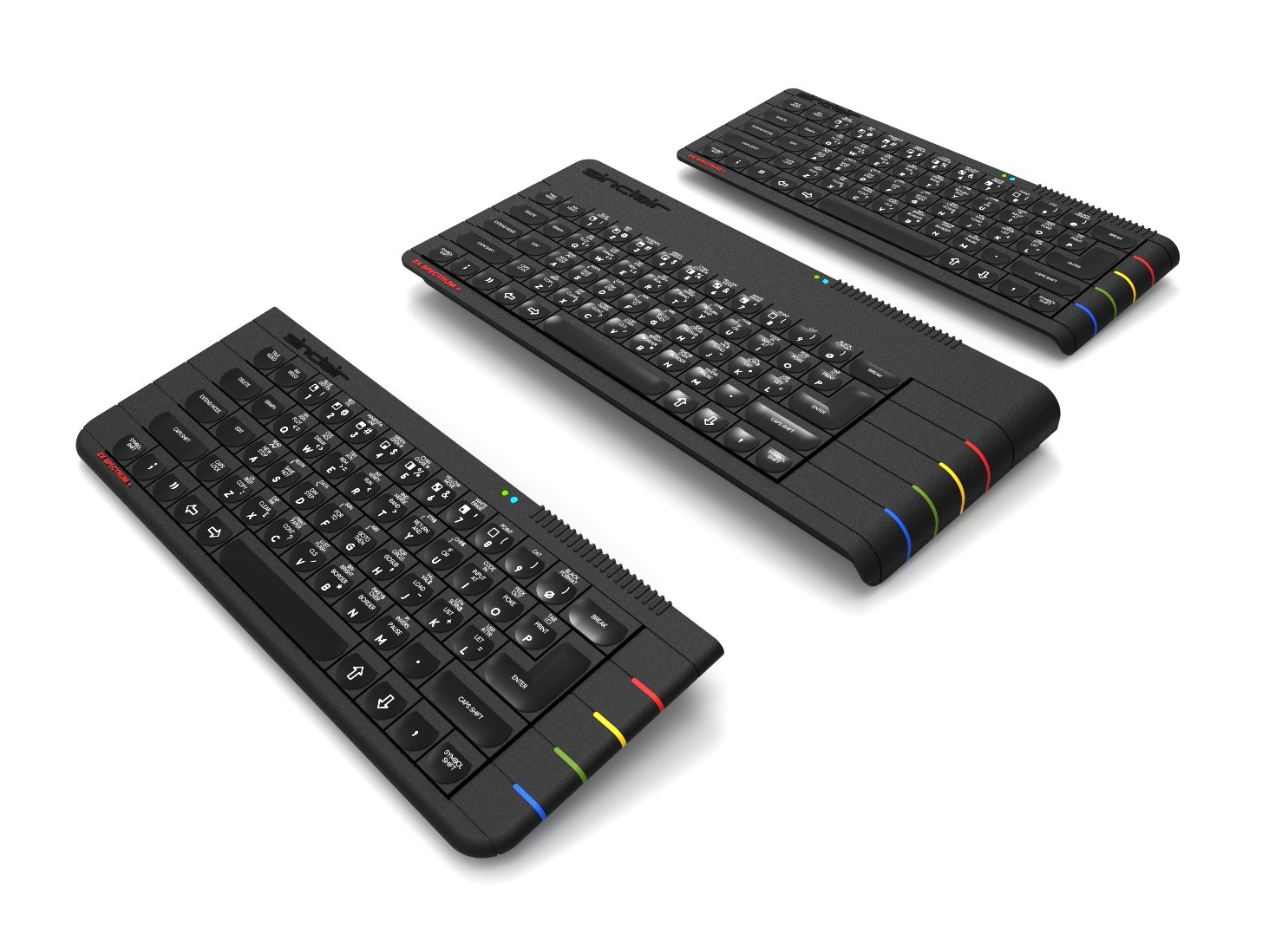