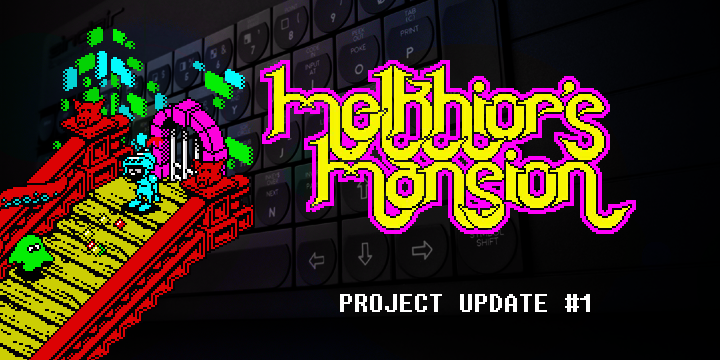 Here is the first of a my end of week progress updates for Melkhior’s Mansion Next. It’s day #5 of development which may seem like a long delay from the initial announcement last year BUT it’s still a good head start to catch up to the PC team rather than wait until their version is finished! A lot of preparation has gone into this project to make sure the foundations were solid before coding would begin. It’s not wise to start a conversion too early!

So where are we at ? All of the current rooms are converted to Next colors and stored in my own format (3 megabytes already – this game is a bit of a monster!) The room data is imported into a special PC based emulator so I can develop the isometric engine in x86. I will port the logic to Z80 once I am happy with the game engine switching to Z80 cross development using the TBBlue 2A. So yes, I am controlling Next hardware with an Intel processor which is a little strange but fun.

Portions of the x86 assembler are written in a way that’s almost a line for line comparison of the Z80 logic which will run on the Next. I can let the power of the Intel rip through data conversion and other various tasks but the main logic must be kept optimal as this game runs at 60Hz. It’s much easier for me to debug on the PC plus I have access to the raw game assets which the Z80 would struggle with. Each set of data has to be converted to a format that the Next can handle. The original version is being developed using MonoGame so everything I write is from scratch.

The next job is to add the animations in the rooms such as the various doors/portals and the nice little touches we see previewed on twitter.

I am also working on a long term project for the Next and PC titled “Ice World” BUT my current priority is the conversion of Melkhior’s Mansion. 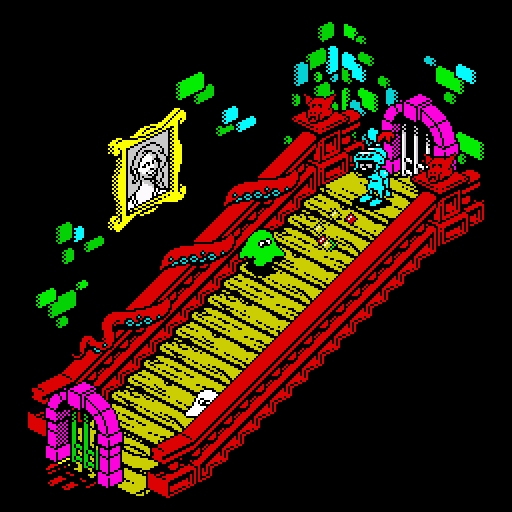 Screenshot from the PC version