The keyboard design closely resembled the Sinclair computers of old. The 48K+, 128K+ and the QL. Under the hood there were some changes in terms of using a butterfly mechanism to help ensure that the keys could be pressed in different positions but still land nicely on the contact point.

The original ZX Spectrum used a two layer membrane which had twin flex tail connectors. This satisfied the original 40 key layout by virtue of the flex tail arrangement having 8 pins and 5 pins.
In subsequent issues, notably the aforementioned 48K+ and 128K+, the number of physical keys had increased however to maintain compatibility, it still used the same membrane flex tail set up. These new physical keys represented “shifted” keys e.g. cursors etc. For these to work it was necessary to introduce a third layer to the membrane. In the case of these extra keys therefore, each time a key is pressed there are three contacts being activated in the membrane. This means that more force is required to activate the required function. 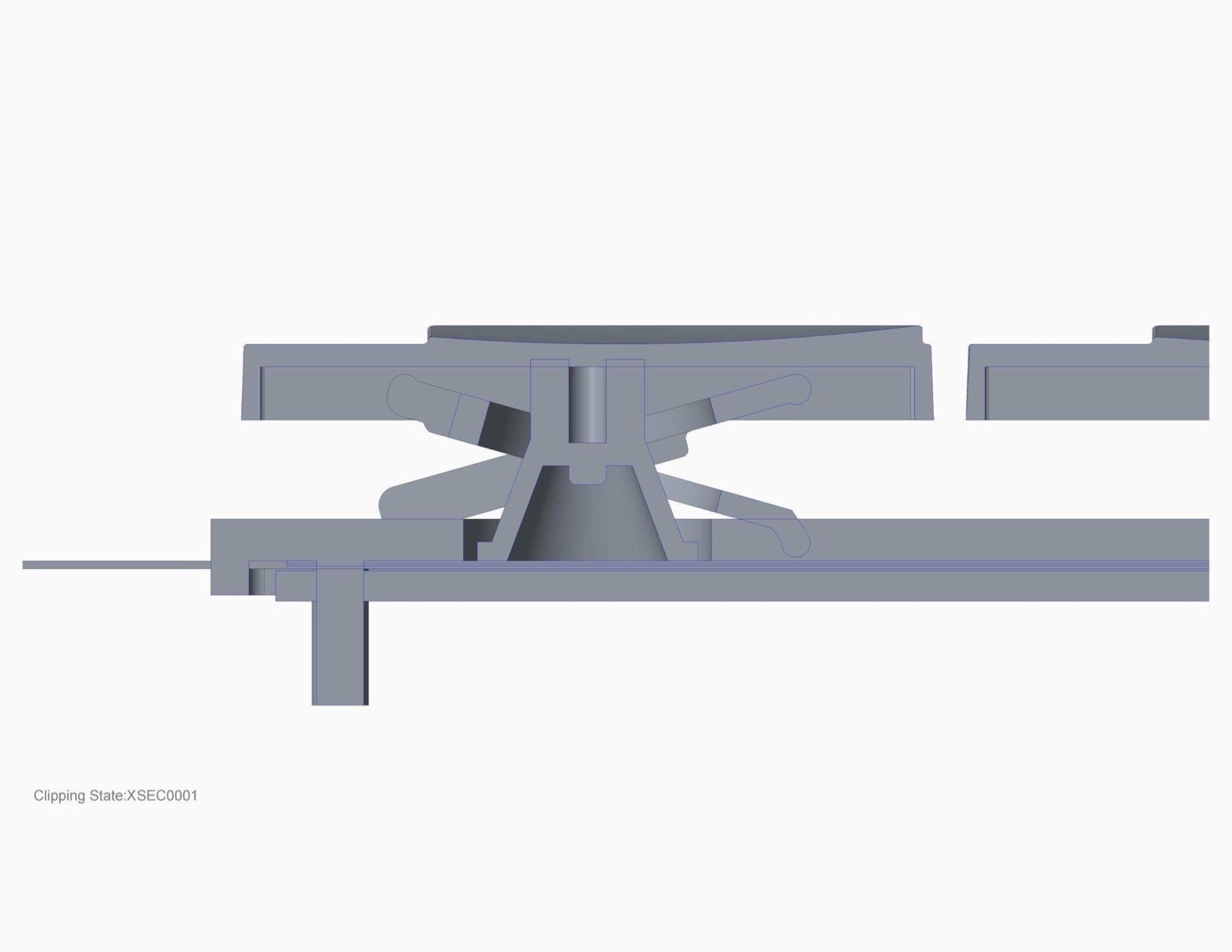 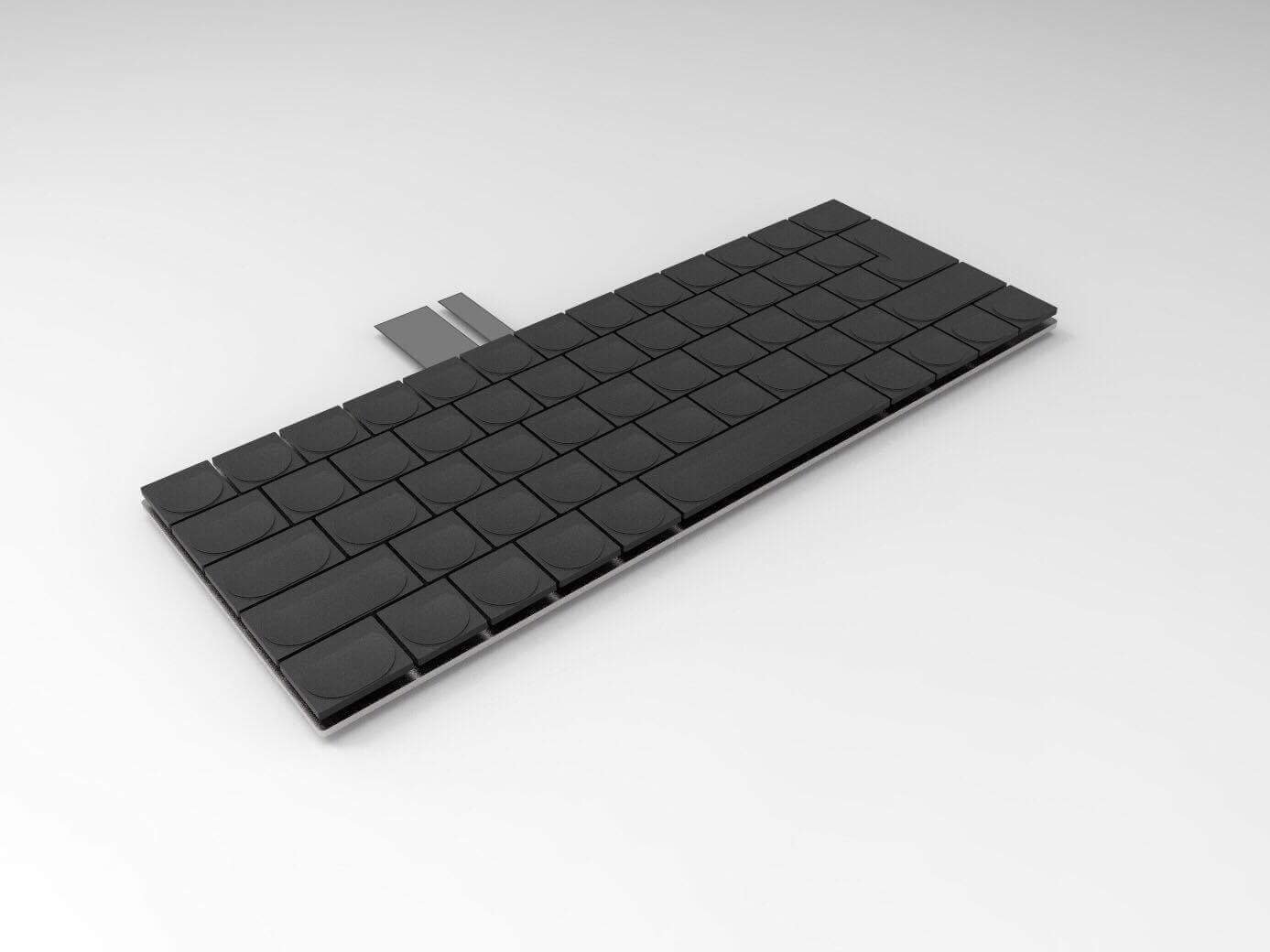 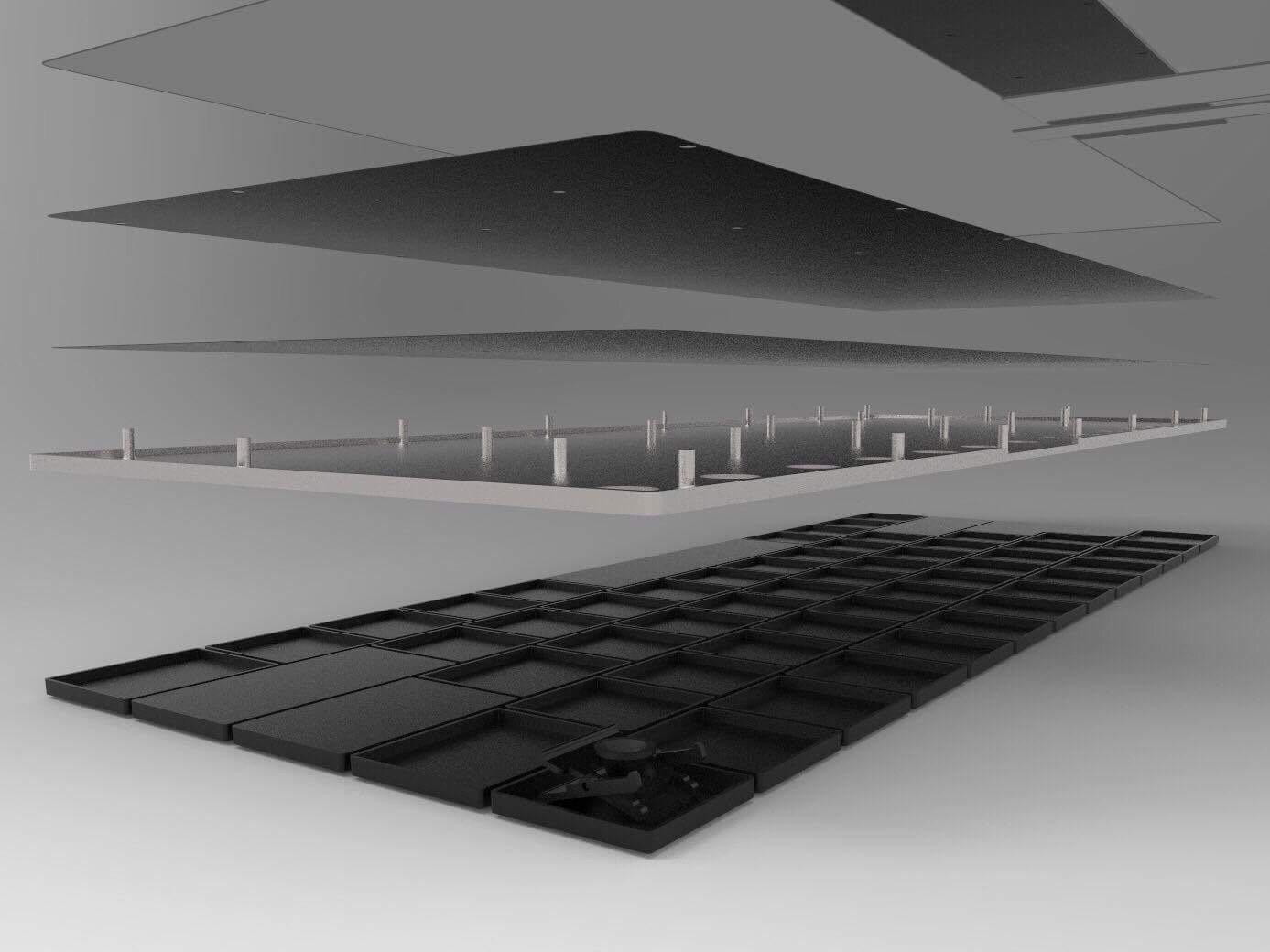 Asides from the mechanical design of the keyboard, a number of iterations of key placement occurred. 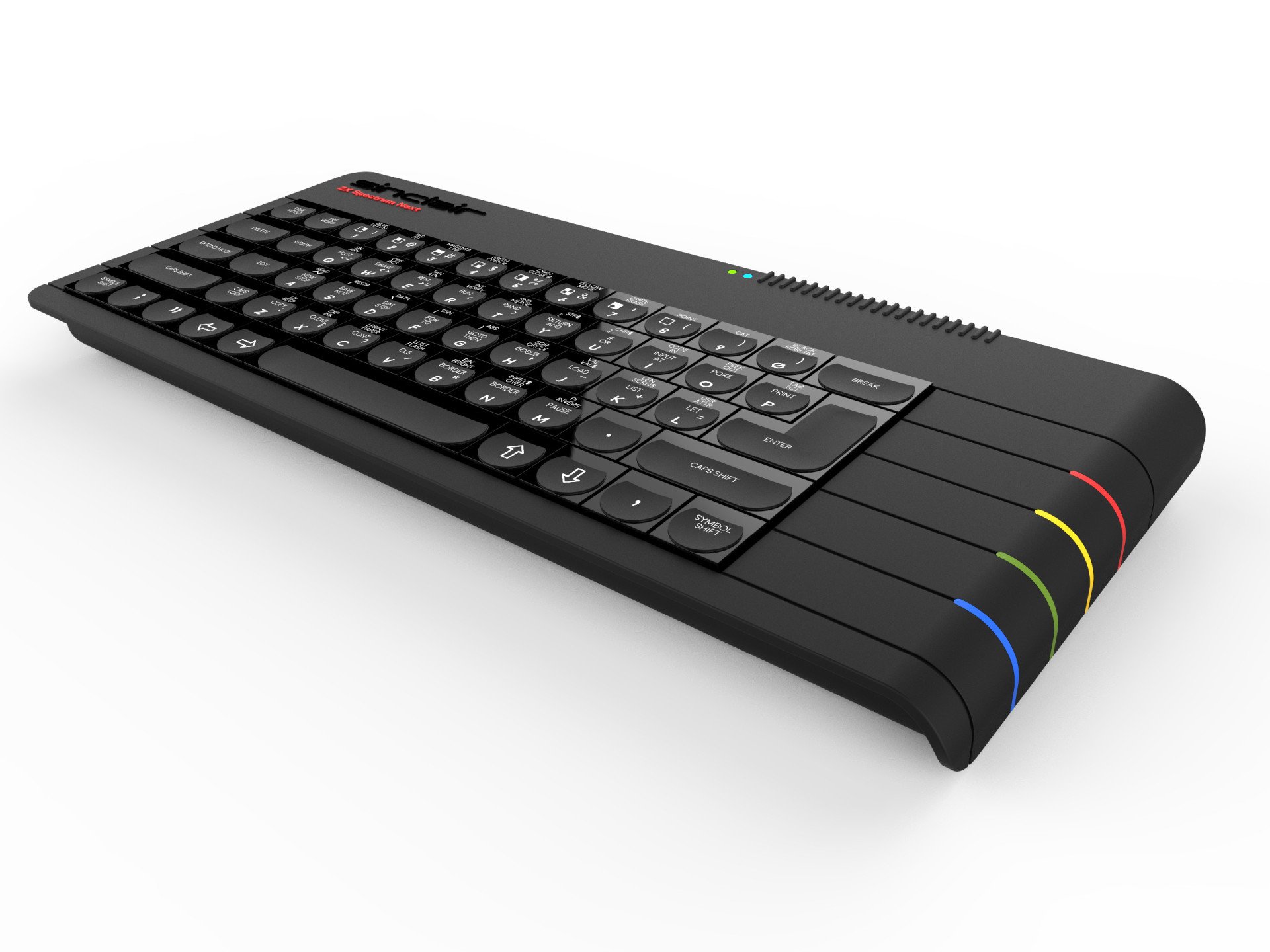 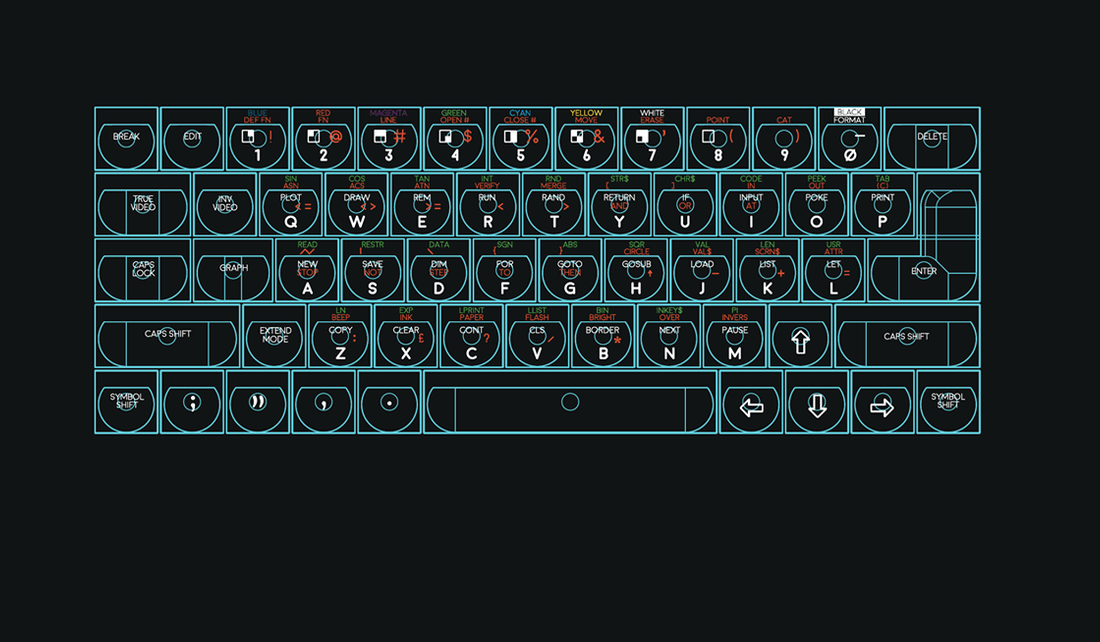 Moving of the cursor keys into a more “practical” configuration

The file above includes the keywords in colour. This was teased at one point however in reality it was far too expensive a proposition.

Eventually, the cursor keys were aligned with some key manipulation on other parts of the keyboard

We can see in the artwork a mistake that was carried forwards into the physical keyboard creation, the Caps Shift lettering positions

The “Final” rendering showing the key placement, all coloured in white. 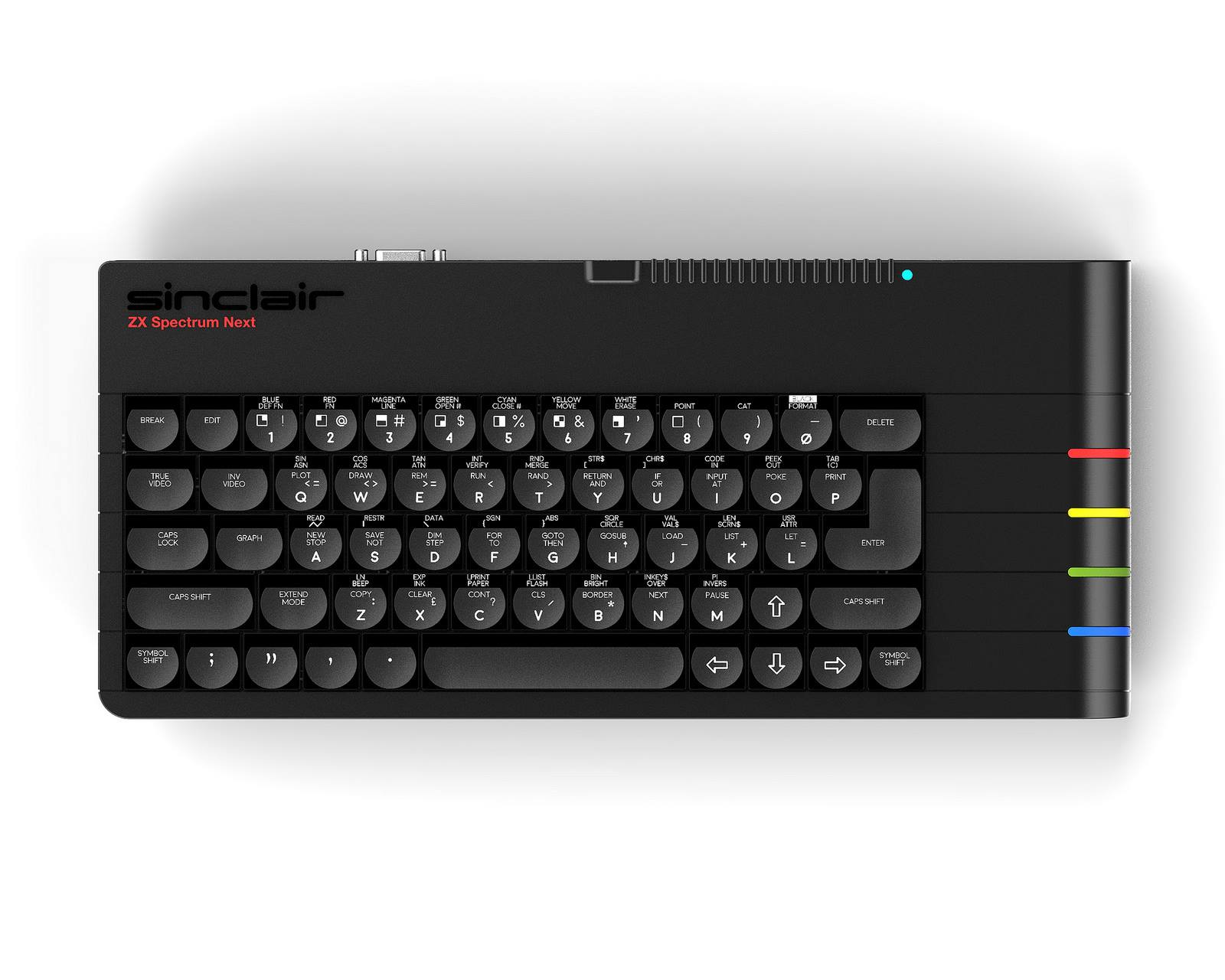 Pretty much the finished article