Home » Blog » hardware » Back on the Case
After the Atom Bomb landed and we discovered we no longer had a case partner, in early April 2018 the super helpful people at SMS had been reaching out to other plastics manufacturers they had worked with previously. Two names were provided to us and so we went to work reaching out to both companies, discussing requirements and getting quotes. We needed to move quickly on this as we knew we were going to be losing a significant amount of time in bringing a new partner up to speed, and for them to do their own due diligence on the designs.
One of the two companies was extremely eager to work with us and liked what we were doing straight away. They also had smaller overheads and greater flexibility. On the 11th April 2018 we received a quote for the moulds, production costs and timings from them.
We reached out to other people who had worked with this company in the past and saw samples of their prior work. Finally we settled matters with a long phone call to them and shortly afterwards they came on board.
Their enthusiasm was genuine. They purchased the metal for the moulds prior to us making any payment to them and were keen to do as much as they possibly could to help keep prices down. On the 19th April 2018 we chased them for updates and not long afterwards, they sent us some pictures of our metal. 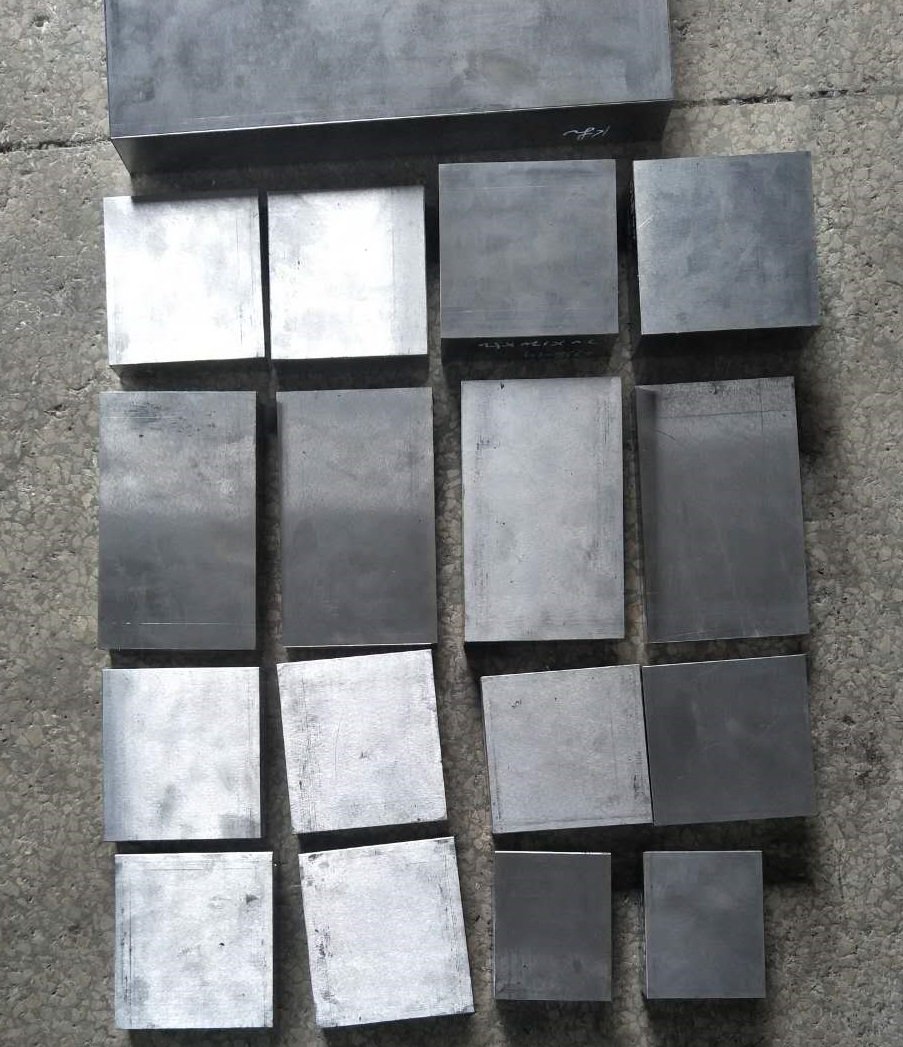 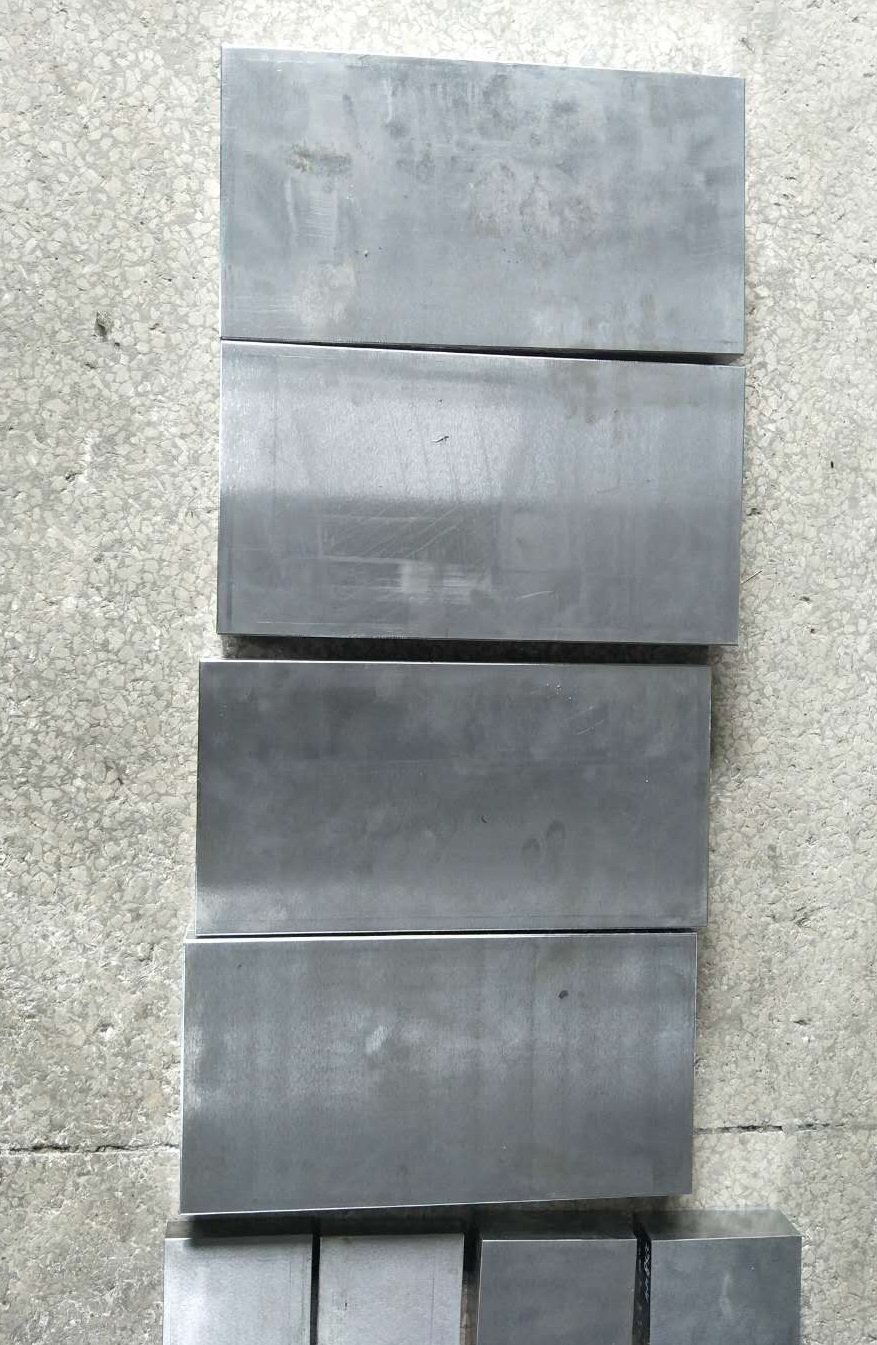 The raw materials of our mould

Just as we felt were were starting to make progress again, word had reached us about the passing of the mighty and legendary Rick Dickinson. I reached out to Phil Candy his design partner and he confirmed the sad news. It was a huge blow to everyone who had worked with Rick on this project and to the entire Sinclair community. On one hand it was incredibly sad that Rick would never see his own creation and on the other, this was his last ever Sinclair branded design and we needed to make doubly sure that we did it justice.

It was Rick’s wish that Phil Candy should continue Dickinson Associates as a practicing design house and with Rick gone, Phil was now fully engaged with the ZX Spectrum Next.
During the process of bringing our new plastics partner up to speed, it was realised there were a number of gaps in information. Things which had been relayed directly from Rick to our previous plastics partner. Things such as the textures to use for the case which were labelled “Texture”, “3 Micron Spark” and “Polish”. Rick liked the textures of particular devices he owned and wanted to use those for the Next. The question was which ones!
Thanks to Phil he had a dig through and found the items. 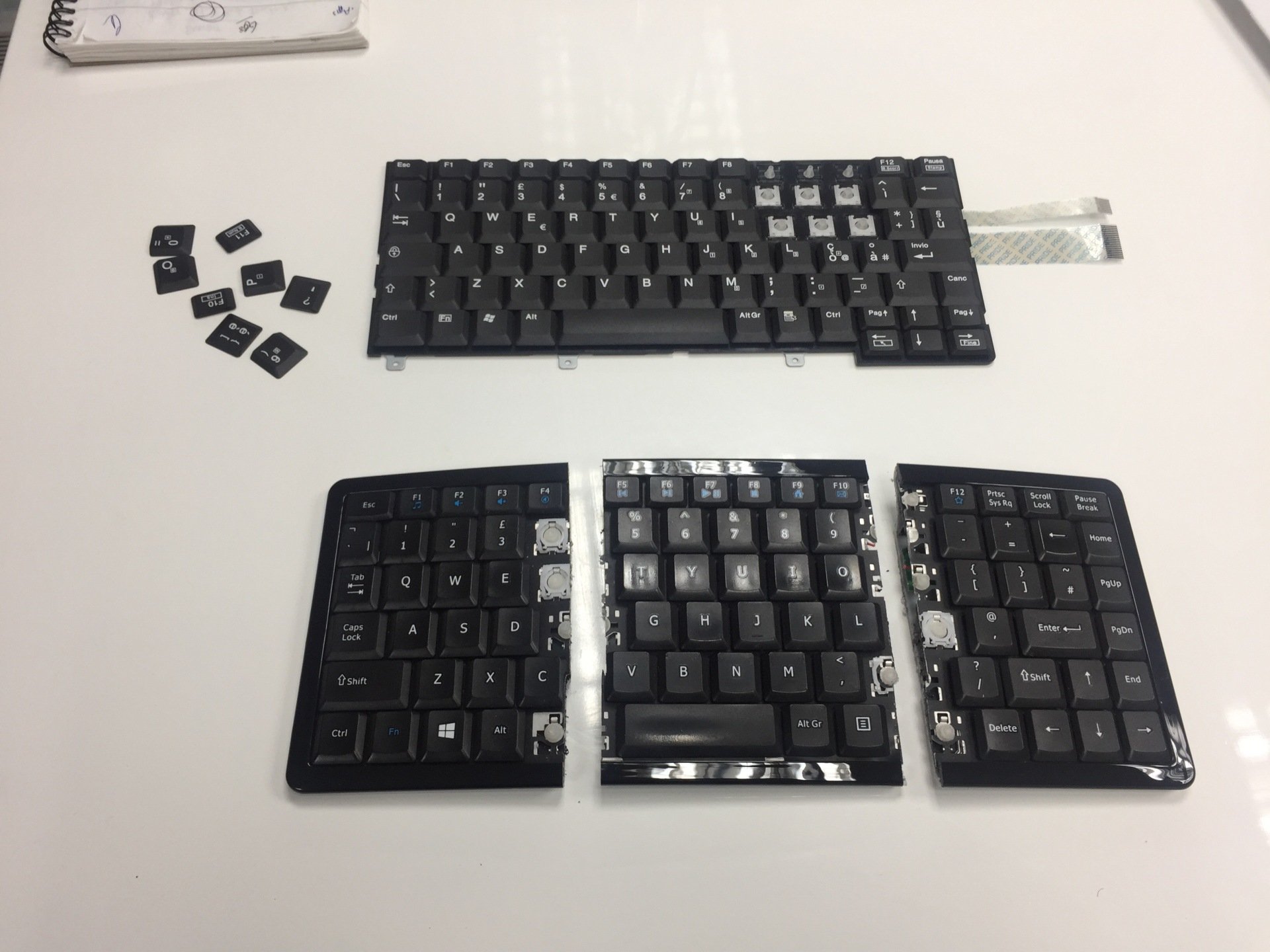 On the 3rd May 2018 we received some updated images from our case partner. These shows various moulds crafted from the blocks of steel. 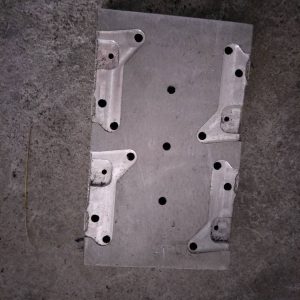 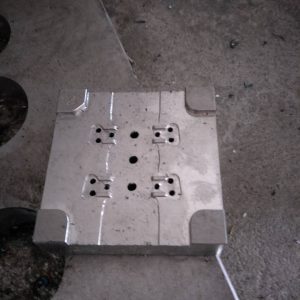 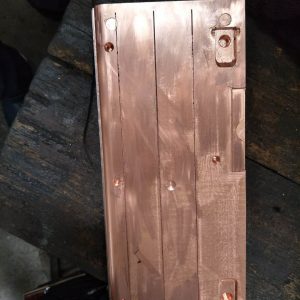 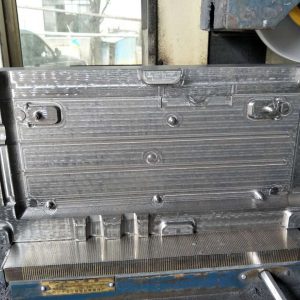 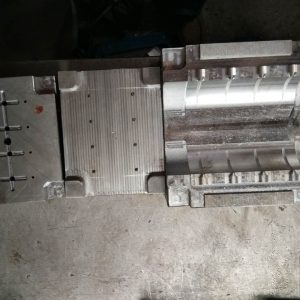 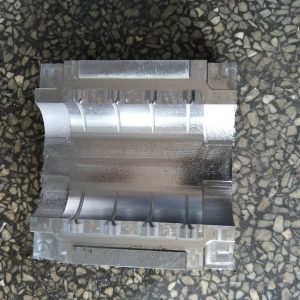 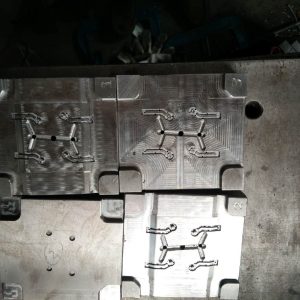 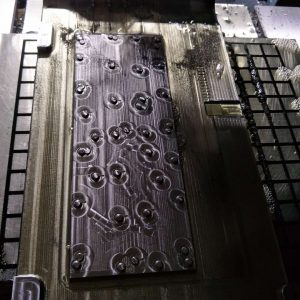 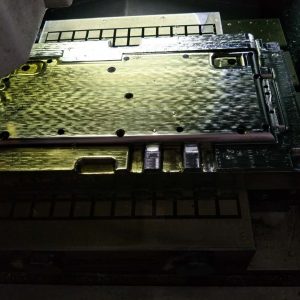 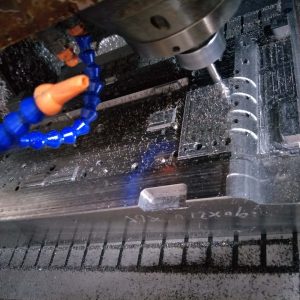 Many things on this project are off the shelf parts as getting things custom made is prohibitively expensive. Whilst things were developing on the case front various streams were working in parallel. Small things such as Raspberry Pi Zero standoffs and all important rubber feet for the case. 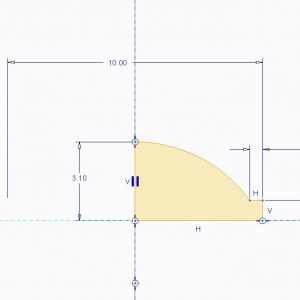 A good example of finding an off the shelf part, although we could only find one company which had exactly what we needed. As with everything we order we first receive samples and in this case we needed to ensure that the rubber feet are “sticky” enough in terms of gripping a surface, in addition to another important ability, that they don’t detach under the various stresses computers face being slid around and bumped into things. They passed the test and 12,000 rubber feet were soon winging their way to SMS.

We always approach our partners first with each new requirement, in case they can source or manufacture such parts more cheaply. In this case our case partner was suggesting around £700 for a new mould, and the product cost would be £0.12 per foot which was just too high.
On the 11th May 2018, the production graphics were sent over to our case partner. 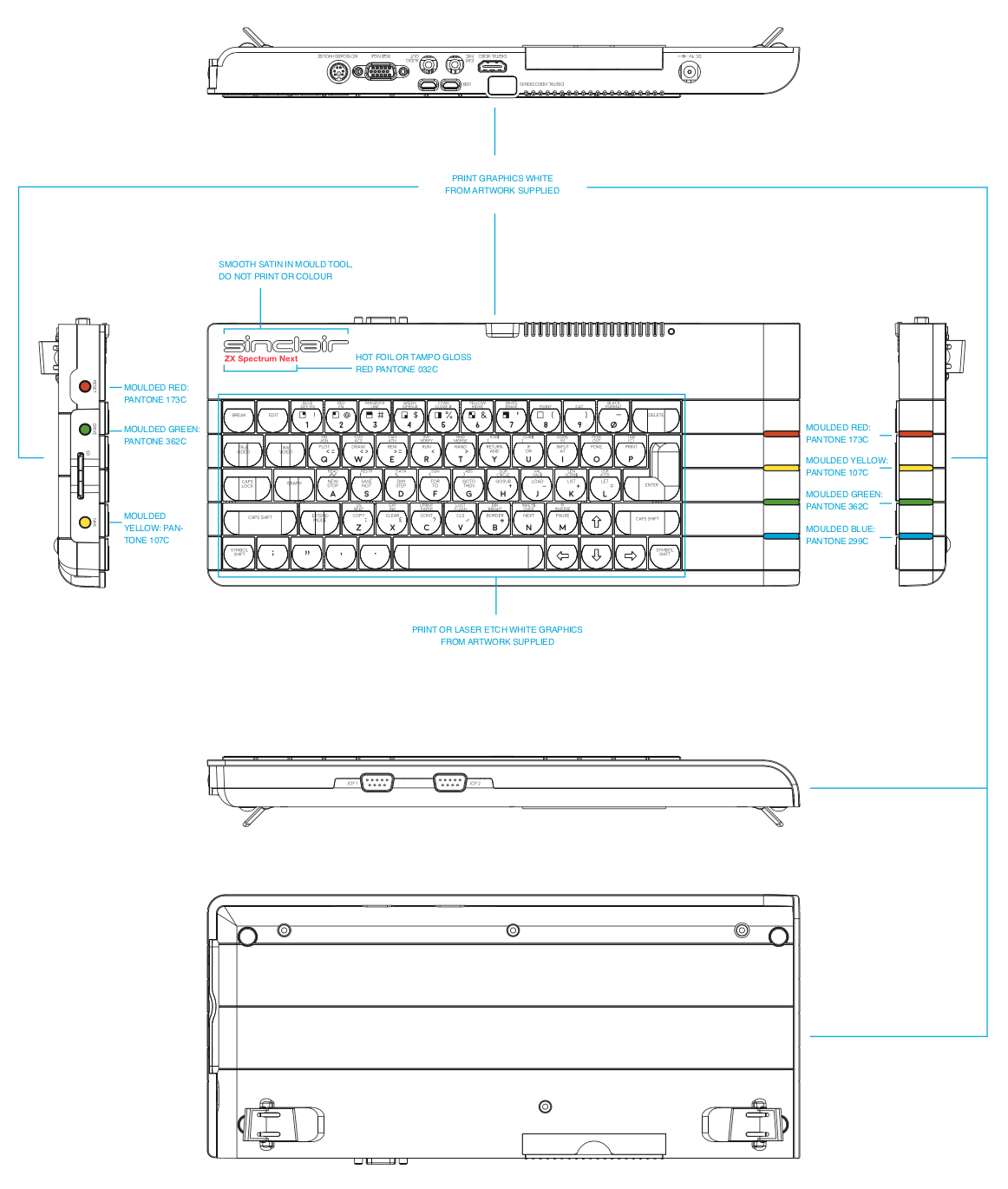 And further clarification on the light pipe. This channels the power LED from the board to the upper case. 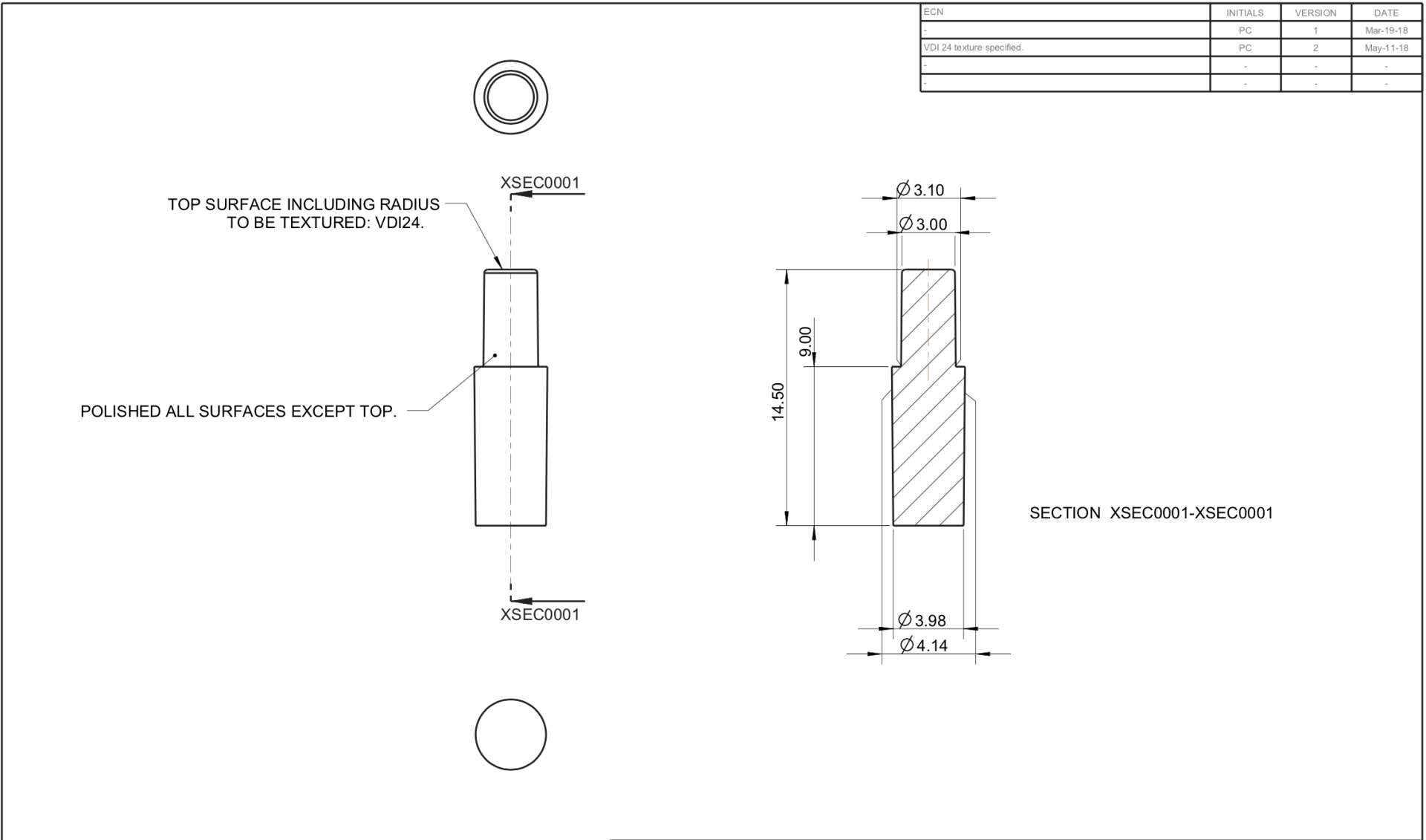 On the 5th June 2018, our case partner sent some more images of the moulds through. Mould production is not a one shot process, it involves subtle refinements over time in order to get the desired result. Some aspects of the design are labelled “Metal Safe”. This involves cutting away slightly less metal than you may need to for some parts. This is especially the case for the two feet that support the Next. They need to be exact in order that they do their job, and click into place with a satisfying sound. Cutting them to exact specification may yield feet which are too loose and so incremental changes to the mould (cutting of metal) takes place. Each increment can then be tested until the desired result is achieved. The golden rule of moulding is that metal can be removed but it can’t be added (although it can, it isn’t advised). Hence the term “Metal Safe”.