In January 2020, we were gearing up to start the shipments of the completed Spectrum Next. All those years of effort were finally paying off. We created a poll in the Spectrum Next Facebook group to try to gauge interest in a second Kickstarter, just to test the waters.

Prior to this we had a number of internal discussions around lessons learned from the first Kickstarter. How could we do things better on the second run? Better mainly meant reducing complexity where possible.

I wanted to reduce the number of models/tiers as additional logistics caused us and our partners headaches. Technically there were four models available and tiers that included laser etched computers and dinner with the team (Henrique and Jim). The board only model had to go and I wanted it gone for two reasons.

The original KS1 boards were ultimately manufactured at a loss. Whilst we could have charged more for the board only, there were extra factors. There was a healthy scene growing with clone boards and boards which could run the Next core. This gave consumers a cost-effective way in to Next ownership and meant one less thing for us to worry about. Given our then UK manufacturing stance, we could not have competed with these boards on the cost front. We stepped away to allow this particular scene to flourish.

Three models of cased Next were actually two too many. We eventually agreed and settled on two, the Plus and the Accelerated. We wanted to have as many wi-fi enabled Next’s out there as possible in order to encourage the development of connected software. We also wanted to grow the RPi aspect, the more people who have it, the more the potential focus on developing it.

There would be no laser etching or dinners, or anything else that just added complexity to the proceedings.

Back to the poll. The results were tallied on the 4th February 2020 and the outcome was around 2000 computers. Admittedly this poll’s availability was within the Facebook group so not every prospective backer would have seen it, and a few people in the group could not seem to access it. It showed there was some interest though, although if based on this alone would a second Kickstarter have happened? 2000 or so gives us a fairly decent price break but it would not have been as fulfilling to make less than we did the first time around. 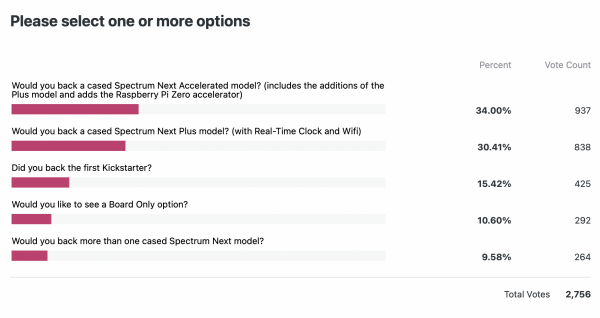 As time moved on, 2900+ Spectrum Next computers winged their ways around our earthly spheroid and landed intact (apart from that infamous box insert in many cases). It would be a long time before the wheels turned and Henrique announced to us one day that we were gearing up for the sequel to Kickstarter 1.

In July 2020, the chatter started to build. We were getting quotes again, returning to our partners who provided their services the first time around. Looking for new sources of inspiration (same quality product, less cost). Oh yes, there was a global Pandemic happening too.

We were well into things whilst Covid-19 was building momentum and in the space of a few months, the whole world changed, as did people’s outlooks. It made us second guess ourselves to an extent. Would a Kickstarter work in a world where people were losing their jobs, their income and their lives. We asked the community and their responses were mixed as you might expect. We eventually decided proceed with the crowd funding, with the expectation that global events would hit us hard but that we would still be able to grow the user base. We also felt that we were losing momentum, and had we waited for the world to return to some semblance of normality, people would have moved on. We’re still way off normal two years on.

We discussed possible stretch goals, mindful of the problems we faced with the original Kickstarter stretch goals. We decided to keep game stretch goals “in house”, within the Next development team in order that there was more certainty around their delivery timescales. They are still being developed in peoples spare time and this is no detraction from the people who stepped up to write games for the first Kickstarter. We had to change perceptions if people were to come onboard with having similar stretch goals in the second Kickstarter. Just to note that Rex and Nodes of Yesod are still being developed for the Next and we’re confident that they will emerge.

We approached companies who owned IP’s and negotiated some deals to produce Next versions of well-known games. The first was Head Over Heels which was the first stretch goal. Subsequent stretch goals included a two-player game (football related), David Saphier’s Next port of Night Knight and an expansion to Baggers in Space. Whilst only one of the IP’s ended up as a stretch goal (the team were already stretched), others are being developed for future release (not related to the Kickstarter). We considered each stretch goal very carefully, mindful not to over promise. It’s easy in the giddiness of the funding phase to go all out and then have to pick up the pieces afterwards. Again, it was about simplicity. We could add an inline power switch without having to change the packaging. A dust cover however would require a significant redesign of the packaging. A dust cover will come, it is designed, it is just waiting for us to pull the trigger, once we have some clear space.

In August 2020, Henrique was working on the video to sell the Kickstarter. We didn’t have any new music to run against it so we decided to use the music from the original. I got to work capturing all of the gameplay footage that would appear in the video. Next games, regular Spectrum games running at 3.5MHz and higher clock speeds where it benefited the game. Developers were asked to record themselves praising the Next and these videos were included too. Due to Covid, Jim had to record his sequences at home, we missed his bloopers as a result! 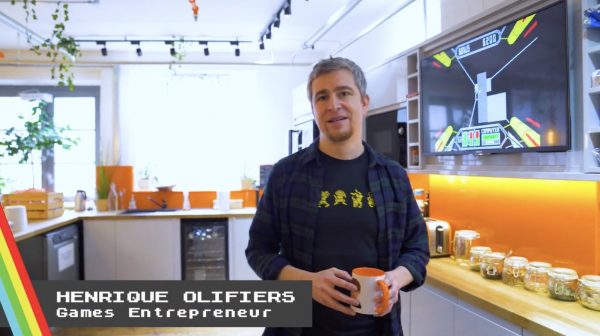 Alfredo Tato had been working for some months on the CAD model for the Next. It originated from the industrial design process. Alfredo is the man behind the box design for the Next and he used different CAD and rendering software. The import produced a large number of inconsistencies and he worked through these tirelessly in order to produce a new CAD model that could be used for packaging, and images to sell the Kickstarter. He also produced a short video, a pan around the Next which was also used. 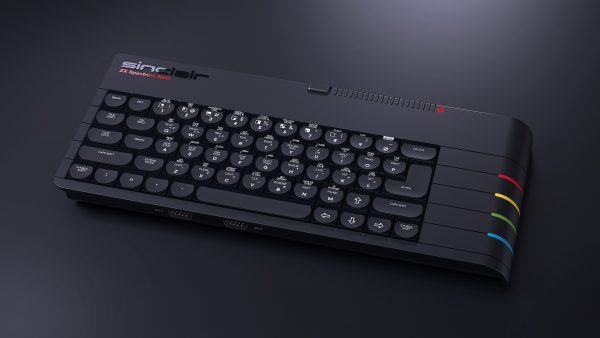 I got my DSLR out and photographed the real thing in order to produce a good set of images that could be used in addition to the renders for the Kickstarter and the press pack. 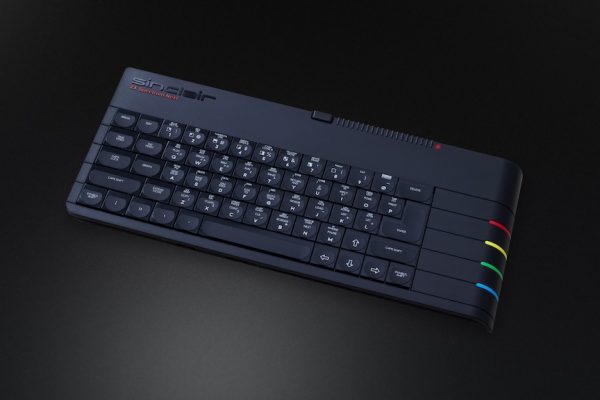 On the 10th August 2020, Henrique hit the Kickstarter button on the pre-launch page. This is something we didn’t have in the original Kickstarter. It allows people to “register” their interest in the Kickstarter, to be notified when it goes live, it shows us how much interest there is and allows us to publicise this link across all forms of social media and email etc. It effectively front-loads the pledging aspect as many people who are interested in pledging for a Next will hit it as soon as the Kickstarter opens. We predicted a steeper initial pledge curve than with the original Kickstarter because of this. The same evening, we sent an email notice to all those who had signed up for the news list up on the Specnext.com web site, some 8,600 people. A Kickstarter update went out to the original backers and Henrique also prepared the press release. It was decided to launch the second Kickstarter the next day at 9pm. At once minute to go, there were 3741 people following the pre-launch page.

At 21:00:48 I had the time to write a message in Whatsapp that I had pledged. 29 other people had got in there first! Bearing in mind the Kickstarter process. Read through the various pledge levels, find the one that fits you best, mentally absorb the price then commit. A minute later we had £20,000 of funding and five minutes later, it was at £200,000. The funding goal of £250,000 was reached in less than 6 minutes.

Obviously, it is one thing to be ready to jump on a Kickstarter at the moment of launch. It is another thing entirely when you see the unit cost, and that cost is significantly higher than that of the Kickstarter 1. There were a lot of comments about the price hike and I can understand that.

Perception-wise a rinse and repeat of the original Kickstarter should negate many of the costs. Designs are done, processes are understood, BOMs are finalised. The reality of the first Kickstarter was that we had under costed everything. Some of you will have read Henrique’s comments on this score, and that VAT and overruns had bitten him hard. Well, they made a huge dent which he paid for out of his own pocket. Excuse the language but it was a “fucking hell” moment.

The first Kickstarter provided a unit cost based on rough figures and many finger in the air estimates. We did not have the luxury of knowing everything we do now. The second Kickstarter was based upon actuals for the first Kickstarter, with some extra contingency thrown in. Whilst we did not anticipate specific situations occurring, we knew there would be something that would come to bite us later. The new prices reflected this fact. We needed to recoup losses, we needed to be realistic, we needed to protect ourselves in these uncertain times. It proved a valid approach given the global chaos that was taking place at the time, and the component shortages that raised their heads, which had the potential to completely derail this effort. We knew that the board design would change, and we would factor in the costs to achieve that. There were a number of niggles that we were keen to work out rather than just a copy and paste of the first batch. We have made a lot of positive changes in this area whilst ensuring that functionality-wise, original Kickstarter backers would not be missing out.

There were thousands of conversations happening during the Kickstarter. Solidifying stretch goals (we were taken by surprise by how quickly the pledges were coming in). Lots of last-minute deals being struck, feelers going out to various partners looking at items we could manufacture to help push the funding even higher. We were often well past those stretch goals before we had even had time to define them properly, or update the Kickstarter graphic. 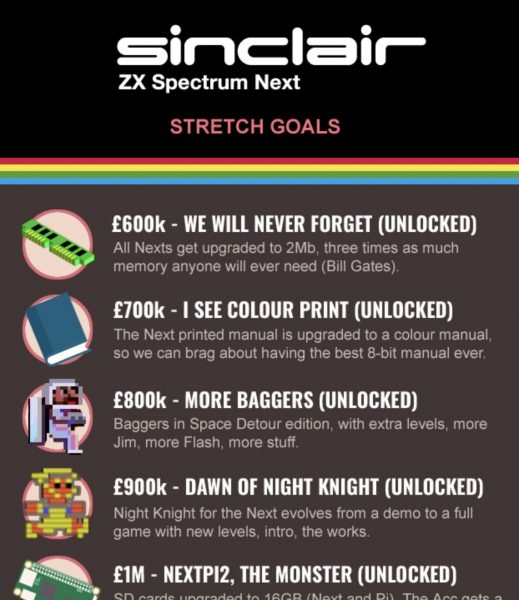 It was a whirlwind of funding and surprised everyone, I think. 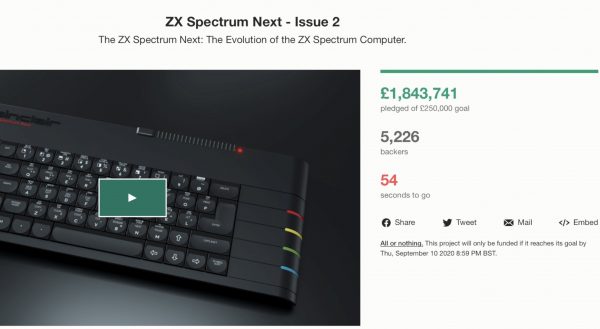 Previous: Melkhior’s Mansion – Project Update #16
Next: Why Am I Here? And Other Ramblings